The Advantages of Mobile Phone Games

Mobile-phone gaming has become a multi-billion dollar a year industry. Widespread ownership of cellphones ensures high market penetration for game developers, many of whom have departments dedicated solely to mobile gaming. In addition, the primary demographic for video games (youth and young adults) are among those most likely to own a cellphone. All in all, it is because of several specific advantages of mobile-phone games that the mobile gaming environment has become such a mammoth in the entertainment sector. 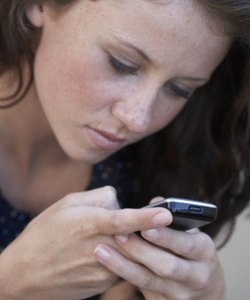 Part of mobile-phone gaming popularity is the ability to be taken anywhere. Once a game is downloaded onto a phone, it doesn't even need an Internet connection to run. The application runs through the phone's hard drive just like on a laptop computer. This means people can play mobile -hone games anywhere, at any time, even if they don't have Internet access or a phone signal. Best of all, most phone are small enough that games can be played in places where traditional games cannot, such as in a car or a waiting room.

Most mobile-phone games range in price from just a few dollars to no more than $20. This makes them much cheaper than console games, which are usually $50 or more in 2011. The comparatively low cost allows mobile-phone gamers to save money or try out more games than their traditional gaming counterparts. The low prices also have the advantage of making mobile-phone games more accessible. Plus, people already have the platforms on which to play these games (their phones.) To play an Xbox, PS3 or computer game, users must first buy several hundred dollars worth of console equipment.

The low cost of mobile-phone games ties into another key advantage - the huge variation among mobile games. Since mobile games can be produced faster and cheaper than other video games, developers can take more of a risk in trying out new concepts or ideas. Developers don't stand to lose as much if an experimental game is unpopular. The result is remarkable creativity in mobile gaming. In addition, both large gaming corporations and tiny designer firms can compete in the same market. The low cost of production allows for further diversity in the gaming market, and further variation in mobile games as a whole.

Mobile phones were not originally meant to be a platform for gaming. They were meant as a means of connection and communication. These core values present themselves in mobile games as a distinct advantage. Many games have multiplayer features, online leader-boards or even chat functions where players can message other players with the same game. Instead of isolated gamers playing by themselves, the market has opened to reflect the direction of mainstream gaming -- toward groups of gamers playing together, even from remote locations.

RIP YouTube Gaming, the App Is Officially Shutting Down

What Is Virtual Communication Technology?

Around The Home
Productivity
By: Cheryl A. Frost

The Mobile Phone Turns 45 Today, and Motorola Is Celebrating With Deals