Long-distance communications have journeyed amazingly far over the past 150 years or so. First came the Pony Express, where riders delivered handwritten mail by galloping on horseback. Then came the telegraph, landline phones, TV, the internet, instant messaging, Wi-Fi and texting. Now we're seeing the increased use of video chat, a technology that can send video as well as voice and text communications immediately, either one-to-one or among many callers. Video chat apps come in particularly handy for staying in touch when a member of your family is away from home—when one kid is traveling through Europe or Mom is attending a conference on the other side of this continent. They're also great for catching up with friends or relatives who live in another part of the country or the globe. Adults can use the apps for personalized communications with business colleagues, although certain features of some apps—like stickers and games—might not be a wonderful fit for business calls.

Most smartphones today come with their own video software, but it might not work across all platforms. However, tons of third-party apps do the job across multiple types of devices.

Here are three of the best video apps. All three are available for iOS, Android, and additional platforms. In the case of Skype, these now include both Apple Watch and Android Wear. All three are free to download, although in certain situations you need to pay for calling.

If you want to use Google Hangouts, make sure that everyone you want to stay in touch with is signed up too. Voice and video calls to other Hangouts members anywhere in the world are free. You can turn any conversation into a free group video with up to 10 users at a time.

The app supports free SMS/MMS texts and Hangouts messaging, and you can switch easily between messaging types. Spice up your conversations with emojis, photos, maps, stickers, and animated GIFs. 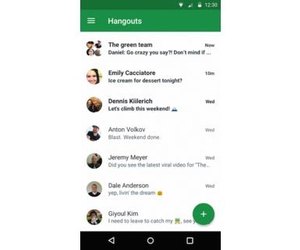 It's also possible to connect with non-Hangouts members at any phone number on the planet, although Google might charge you for international calls. Hangouts works across Android, iOS, and web browsers.

Tango offers free texting and voice and video calling anywhere, as long as the recipients are Tango users. The signup process is simple, asking for just your phone number, email address and first name. Unlike other video chat apps, Tango doesn't require a password.

A particular favorite among teens, Tango lets you play games like darts and tic-tac-toe within a conversation. You can send music messages via Spotify, chat with other users one-to-one, send multimedia messages to a group, or join public chat rooms. Supported platforms include Android, iOS, Windows Phone, and web browsers. 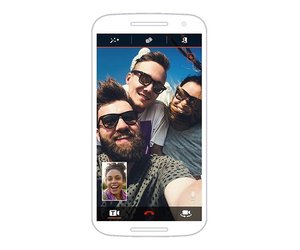 The granddaddy of them all, Skype provides heavy-duty functionality along with a huge customer base and incredibly wide-scale platform support. You can participate in either voice or video calling with up to 25 people at a time or chat by text with up to 300 people simultaneously. Other bells and whistles include video messages, location sharing, photo sharing, emoticons and emojis. 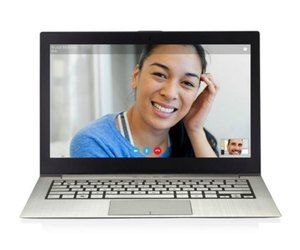 Skype-to-Skype calls are always free. You can place calls to non-Skype users, but operator charges may apply, so Skype recommends using either an unlimited cellular data plan or a Wi-Fi connection. Beyond Apple Watch and Android Wear, supported platforms include iPhone, iPad, Windows Phone, Mac, Windows Desktop, and Linux, in addition to some BlackBerry and Nokia phones, Amazon Fire devices, game-playing machines, and TVs. That's a mouthful!

How to Get Free Skype Credit

Around The Home
Productivity
By: Brent Watkins

How to Use FaceTime on Your Laptop

The Types of Communication Software