What Are the Characteristics of Storage Devices?

Computerized storage has come a long way since the introduction of computers into daily life. Although different forms of storage media have come and gone, several clear winners have emerged from the media wars. These classes of storage devices are used in computers, video players and cell phones the world over. Storage capacity has increased at an exponential rate since the 1980s and is likely to keep climbing. 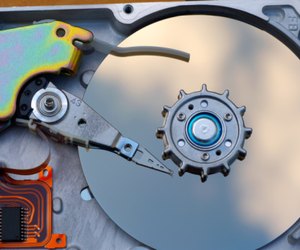 Most personal computers use hard disk drives to store data. Hard disks are a form of magnetic storage. Data is written to and read from the internal disk through magnetic needle-like heads. They can store several terabytes of information. It can take five to twelve milliseconds for a head to find the data on the disk, although hard drives often store a cache of frequently-accessed data to speed up the process. As all data is encoded magnetically and mechanically, hard disk drives are vulnerable to stray magnetic fields and mechanical failures.

Flash memory is growing in popularity as a storage medium. When used in computers, they are known as solid state hard drives. They are electronic chips that store information that can be altered, accessed and erased electronically. Because they use less power than hard disk drives as there are no moving components in them, they are popular in netbooks and other battery-saving electronics. Flash memory is also faster -- again, because of the lack of moving parts -- and less vulnerable to mechanical failure. One of the most common form of flash memory is the USB memory stick, which can potentially store hundreds of gigabtytes of data.

Flash memory cards are the go-to media for handheld devices, including cameras, cell phones and PDAs. They are an inch or less in size. The most popular format is the Secure Digital Card or Secure Digital High Capacity card (SD or SDHC). However, flash memory can be even smaller than that. MicroSD cards, which can be inserted in SD card slots with a special adapter, are smaller than a fingernail. SDHC and MicroSD cards can hold up to 32 GB of data.

CD-ROMs, DVDs, HD DVDs, and Blu-ray disks are all varieties of removable storage media. Unlike other forms of media, they are not electronic in nature. Instead, they passively store data in such a way that they can be read by a laser. All disk-type media degrade over time, so they are becoming less common as computer storage. They are more vulnerable to scratches than ordinary hard disk drives, but less vulnerable to water damage. CD-ROMS can hold 650 MB (0.65 GB), whereas DVDs can hold anywhere from one to nine gigabytes of data depending on the format. Standard Blu-ray disks hold 25 GB, although subsequent formats can hold 128 GB per disk.

What Are Some Types of Removable Storage Devices?

Around The Home
Productivity
By: David Downs