What Does it Mean to Justify a Document in Microsoft Word? 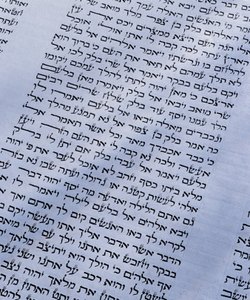 Most European languages, including English, typically use left-justified text, and the left-side justification is the default style on the Web. Word, by default, justifies to the left, but if a setting has been changed, reset left justification by placing the cursor at the beginning of the text you want to justify, and then clicking and dragging the right mouse button over the block of text. Release the mouse, leaving the text highlighted. On the "Home" tab "Paragraph" section of the ribbon, click the left-justify icon, which contains a graphic of lines of text justified on the left and ragged on the right.

Right-justified text is common to Arabic and Hebrew text. In English, right justification is sometimes used in tables and to set apart special text, like an author's name after a direct quote. To justify text along the right-hand margin, leaving text ragged on the left-hand side, repeat the process for left justifying text, but instead press the right-justify icon. 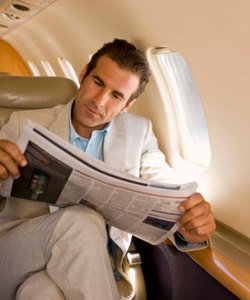 In print sources that use columnar text, such as newspapers and magazines, full justification is common. However, to justify both sides of text in a column, you'll often have to hyphenate words or adjust the spacing between words, resulting in some uneven gaps of space between words. Center-justified text is common on title pages for research papers, chapter titles and other headings. However, in regular text, avoid centered lines if possible, as they are difficult for the eye to follow, slowing down reading. To fully justify or center text, highlight it with your mouse, click "Home," "Paragraph" and then the icon showing lines that are even on both margins or centered, respectively.

If you often use one style of justification, such as fully justified text for columns, set a default style to make it easier to switch to this option when you need. Type in the text you want, highlight it, justify it as desired, and then right-click the text with your mouse while the text is still highlighted. Scroll down to "Styles" on the pop-up menu and then choose "Save Selection as a New Quick Style." Type in a name for the style, such as "Fully Justified Text," and click "OK." The new style will show up in your "Home" tab's "Styles" menu on the ribbon.

How to Justify Text in PowerPoint

Around The Home
Productivity
By: Kaylee Todd

How to Strikethrough Text in Word

How to Justify Text in HTML

Around The Home
Productivity
By: William Pullman

How to Underline Text in HTML

How to Fix Overset Text in Indesign

Around The Home
Productivity
By: Sharon Mcelwee

Why Can't I See All My Text in an Excel Cell?