What Is Drop Cap in MS Word?

Drop Cap is a formatting option in MS Word that allows you to insert a fancy capital letter that drops down below the line of text. 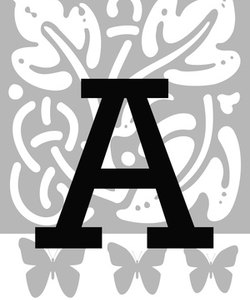 Many genres of text use fancy initial capitals.

Use of Dropped Capitals

In some genres, it is traditional to set off the first letter of a story, section or paragraph with a capital letter larger than the remaining text. Fairy tales and magazine articles are familiar examples.

If a large initial capital descends down below the line of text to which it belongs, it is a dropped initial capital. A dropped capital usually extends into the left margin and down for two or more lines of text.

In MS Word, a dropped capital consists of a floating text box with a single, large, capital letter in it. The text box is formatted to have text wrap around it on the right hand side. This emulates the traditional typesetter's dropped capital. You can choose a special font for the textbox or insert an image behind its text to make it fancier.

In Word 2007 and later versions, inset a dropped capital by first clicking anywhere in the paragraph to be changed. Then click on the "Insert" tab in the menu ribbon. Find the "Text" area of that tab and click "Drop Cap." The Drop Cap option is below "Quick Parts" and "WordArt" Choose the desired options from the Drop Cap pop-up screen.

In Word 2003 and earlier versions, begin by clicking anywhere in the paragraph to be changed. Then access the Drop Cap pop-up screen by going to the "Format" pull-down menu and choosing "Drop Cap."

How to Emboss Text in Microsoft Word

Around The Home
Productivity
By: Tricia Goss

How to Make a Drop Cap in PowerPoint

Around The Home
Productivity
By: KristyW

How to: Vertical Text in a Word Document

Around The Home
Productivity
By: Foye Robinson

How to Change a Typewriter Font in Adobe Acrobat

Around The Home
Productivity
By: Amy Dombrower

How to Change Opacity of Letters in Microsoft Word

Around The Home
Productivity
By: Laurianna Callaghan

How to Put a Space Between Lines on Facebook