What Is Adobe Acrobat Distiller? 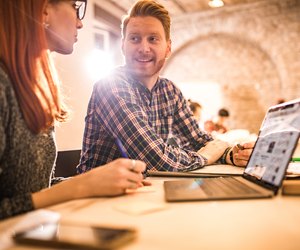 Adobe Acrobat Distiller is used to create portable document format, or PDF, files from PostScript files. PostScript files are a standard format developed by Adobe in the 1980s and are used by many computers and printers to represent documents to print, but they're not as widely used as PDF files, which are supported by most modern operating systems and web browsers.

PostScript is a format that is available it many high-end software programs. PostScript files are sometimes generated from page layout and design software, such as Adobe's InDesign or the open-source LaTeX document preparation system.

Once you create PDFs with Acrobat Distiller, you can post them online, store them for archival purposes or email them to anyone who has a tool to open them, including Adobe's free Adobe Reader software and most web browsers including Google Chrome and Mozilla Firefox.

Other Ways to Make PDFs

Using Adobe Acrobat Distiller to create PDF files isn't the only way to generate such files. Modern versions of Microsoft Windows, Apple macOS and Linux include support for generating PDF files from many applications.

In Windows, you can use the standard print menu in most applications and choose "Microsoft Print to PDF" as the printer. Select any relevant options and then click "Print." You are prompted to choose a location to save the PDF file. If you're using Microsoft Office, you can click "Export" within the "File" menu, and then select "Create PDF/XPS Document" to save your file as a PDF.

If you use a Mac, you can create a PDF through the "Print" functionality in most programs. Select "Save to PDF" as the printer, choose any other relevant options and then click "Print." You are prompted to choose a location to save the newly created PDF document.

How to Convert JPG to PDF in Gimp

How to Convert TIF Files to PDF Files

Around The Home
Productivity
By: Amber Webb

How to Convert ASP to a PDF in a Mac

Around The Home
Productivity
By: Emilio Ormez

How to Send Pictures in PDF Format

Around The Home
Productivity
By: Daniel Francis