Xooloo is a New Kind of Parenting Tool (Review) 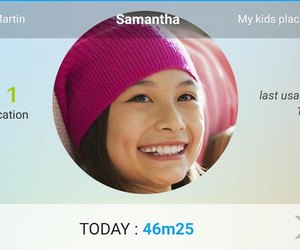 You just bought your daughter her first phone. She's ecstatic. You're panicked. The digital world is a scary place. Your first reaction is to bring the hammer down and restrict everything, in effect saying, "Here's your phone, now don't use it." It's a natural reaction. You want to protect your child. But is it the best approach? After all, what are you teaching your kid about using tech responsibly?

Xooloo, a parental control company, saw something better was needed. It jettisoned its own formerly restrictive approach in favor of something innovative, a parental control app that teams parents and kids together rather than pitting them against each other. The result is a new app: Xooloo Digital Coach.

Teaching Kids to Use Tech

Xooloo Digital Coach trains children in good digital habits. It does this by showing them exactly how they're using their smartphones, offering up real-time data about which apps they're on and for how long. A child can measure this against benchmarks created by other children in their age bracket who use the same apps. These benchmarks are displayed as simple bar graphs with the child's individual usage seen as a sine wave running across them. 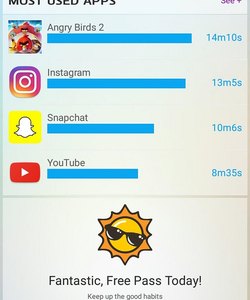 If your son uses Snapchat for one hour a day, but sees that the benchmark average is 30 minutes a day, he can adjust his time in keeping with the average. Xooloo Digital coach will even identify your child's habits. If he uses Facebook more than usual, the app will point that out to him. If he uses less than average, the app will offer positive reinforcement, telling your kid he's doing good.

Xooloo Digital Coach is brand new in the States, having launched February 2. What's encouraging are the results from France, where it launched earlier. One finding in particular suggests that Digital Coach works. Within two to three weeks of installing it on their phones, parents stopped putting time allowances on their children. In other words, the parents lifted all restrictions and did so without uninstalling apps on their children's phones. Xooloo says this shows that the app is teaching children to be responsible. 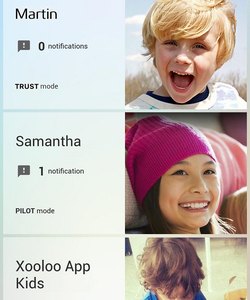 Parents feel comfortable lifting restrictions because they can still monitor. It's just that they do so unobtrusively. Parents see everything their child sees in real time on their own phones, from how often the child plays Pokemon to how long they're texting.

Ultimately, the parent is still in charge. If you see your child favors a certain app more than you'd like, for instance, you can set time allowances. One cute feature is that your kids can negotiate in real time by sending you a text. They can ask for more time on Instagram, for example. You can refuse or accept and include a text explaining your decision. You can also restrict whole sections of time, like no Internet from 10:00 p.m. to 7:00 a.m. Web filtering is also standard to block unsuitable content. 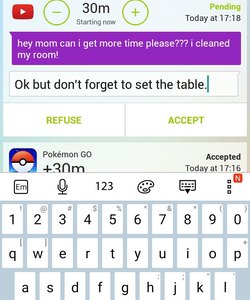 The real goal, however, is not to block but to teach. Xooloo conducted a study and found that parents always thought the worst of their children, believing that they were always on their phones, and children, when surveyed separately, believed they were using their phones far less than their parents thought. Xooloo closes that gap by showing parents and kids what's really happening. It replaces guesstimates with facts. The result has dramatic potential if those French statistics are right. Xooloo's app is teaching kids to police themselves while keeping parents connected and informed. The end result: Both parties are happy.

The Xooloo Digital Coach offers a 30-day free trial. After that, pricing is $2.99 for one device, $4.99 to cover three devices and $6.99 for an unlimited number of devices.

Instagram Is Reportedly the Most Used Platform for Grooming Crimes