The Great Phone Switch: A Cautionary Tale About Teens and Smartphones 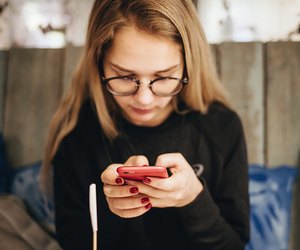 We've just replaced our teen's smartphone with a flip phone. It was a long overdue mid-course correction to a family environment gone awry; under the spell of 24/7 access to a pocketful of internet, games, and texting, he had checked out of the real world. And our parental relationship with him had grown increasingly volatile.

The phone switch wasn't the end of the world as we all feared it would be. In fact, after a month of detox, he has returned to his former hobbies, started having real conversations with people, is "present," and--most importantly--our relationship with him is improving.

You know what they say about hindsight being 20-20? I sure we wish we had had some of that clear vision a year ago. We can't go back in time, but perhaps the things we learned the hard way can be useful to other parents navigating these choices.

Here are five actionable tips to help you as you make choices about your child's first phone experience.

We should have been able to predict how life with a smartphone would go. After all, smartphones conflicted with our family's norms about screen time. But we started down a slippery slope when my partner's family offered their old phones to us. It was an inexpensive way to add phones to our plan, and our middle-schooler inherited one of them. 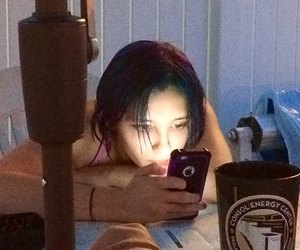 But, by the time he'd had his smartphone for a year, it was like we were living with a barely ambulatory, hardly talking, screen-addicted zombie. We were not only competing for his attention at every turn, but most of our interactions were laced with conflict.

We should have listened to our internal alarm bells. Instead, we gave in to inertia (we already had the phones) and peer pressure (all of the kids have them).

Ask yourself what your expectations around screens are. Which kinds of phones and plans reflect those values? And how might adding a smartphone change all that?

We didn't consider how addictive constant access to a screen in our son's pocket would be. And we certainly didn't think through what boundaries needed to be in place until we were already reacting to things we didn't like.

Being proactive could have helped--not only could we have set expectations with our child early, but we wouldn't have felt like we were constantly on the defensive, reacting to how we saw him behave.

Ask yourself: What boundaries or guidelines do you use around other screens in your household? If your family does not have unlimited access to television or the PlayStation, for example, you probably also don't want your child having unrestricted access to a tiny screen in their pocket, either. 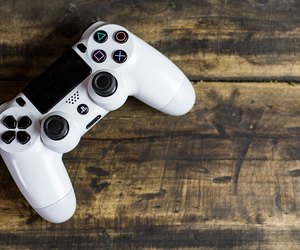 Mirroring the rules you already have around computer, TV, and gaming is consistent and logical. In our home, apps may not be installed without permission. Our kids know that if they want to purchase a game or install an app, they need to give us 24 hours to evaluate it before expecting an answer.

3. Be clear about the phone's purpose

Why are you giving that last-generation iPhone to your kid? It's a question worth thinking about, and being clear about with yourself and your child. And make sure your partner is on the same page with whatever "mission statement" you come up with.

For example, for you--a grownup--your smartphone is probably a general purpose gadget. You use it for phone calls, texting, banking, killing time on Facebook, and probably even the occasional game.

But you probably aren't giving your kid a do-everything phone without boundaries. It might be an emergency communication tool, or Internet access for homework research.

Your phone boundaries should reflect the purpose of the phone. For our family, the intent of issuing the phone was for communication when our son was away from home. Surfing the web and unlimited access to social media weren't part of the deal, and unfortunately we didn't realize we need to be clear about that up front.

4. Have consequences for pushing boundaries

Teens and tweens are going to push boundaries. So, in addition to whatever agreed upon guidelines you have, you'll also want to establish what consequences will be in place for when those ground rules aren't followed. Some things will be non-negotiable, but which things aren't? How can you pull your child in to help make decisions about the parameters?

Once we defined what the boundaries would be, we drew up a contract-like agreement that defined those expectations so that there wouldn't be confusion. In our home, consequences around the phone are tied to the phone, itself. When phone rules are broken, phone access is restricted.

And you don't have to do this completely on your own. There are apps you can install on a child's smartphone to help you monitor and even control how much time they spend online, in games, and doing other activities. See Dealing with the Dangers of Internet Addiction (Which is a Real Thing). 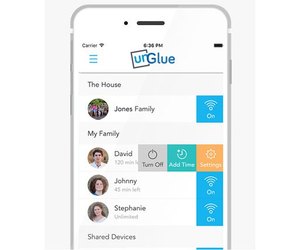 Consequences should be clear and have a defined end in sight. Everyone should know when the consequence will end and/or what the child needs to do to earn back phone privilege.

5. Downsize when it's just not working

After more than a year of the endless cycle of broken boundaries and consequences, our relationship with kiddo was suffering. There were lots of bad feelings all around.

For us, switching to a more simple flip phone became the obvious choice. Indeed, a flip phone was the choice we should have made from the very beginning, because it fit the purpose we had in giving him the phone (see #3), and it fit within our family's norms about screens (see #1). 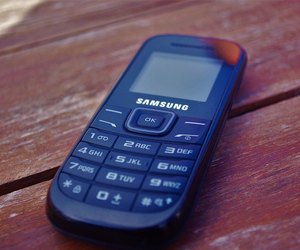 Of course, it took me months to muster the courage to follow through on getting a new phone and making the switch. No parent wants to be the jerk who takes the shiny object out of their kids' hands and replaces it with something way less cool. But, the best thing is sometimes the hardest thing.

When the time came, we didn't belabor the point about the endless cycle of broken boundaries and consequences. Instead, we offered our child his new phone, gave a simple explanation about cost, purpose, and norms, and reassured him that while he would have less freedom in terms of things he could do with the phone, he would actually have fewer restrictions from us.

In fact, because he can only text and call, we have very little parameters around the flip phone. Unlike with the smart phone, he is now able to keep his phone on him without restriction. Notably, he spends more time verbally talking on the phone and less time texting and Instagram-ing. And I think that's a win.

The biggest win of all, though, is that he is finally "present" again. He makes eye contact. He laughs. He's reading books and making jokes and telling stories. Sometimes, as kids grow, it's hard to know how much is the normal stretching and pulling away that comes from becoming a young adult. In this case, all of that was exaggerated by an unhealthy dependence on a device.

How to Know If a Cell Phone is Disconnected

Around The Home
Entertainment
By: Amrita Chuasiriporn

Xooloo is a New Kind of Parenting Tool (Review)