5 Things Every Parent Should Know About Pokemon Go

It's hard to say who is more excited by the Pokémon Go revolution: the kids who would suddenly rather be outside than anywhere else, or the parents who have been trying to get their kids outside since they were old enough to walk. The new game is not without complications, however—and not just that kids could get caught out in the rain without an umbrella. Since day one, there have been reports (some true, some false) of people getting into dangerous situations in connection with the game. To alleviate unwarranted concerns and to raise warranted ones, here is a look at five things parents should know about Pokémon Go. 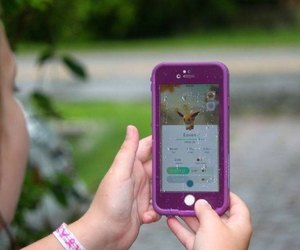 I won't focus on cybersecurity issues. When it debuted, the game had many security issues, including the possibility that overzealous players might download a virus by accident, and a serious coding mistake that gave Niantic access to iPhone users' Gmail accounts. Now that the game is out and the bugs are (more or less) patched, those problems are behind us, and we have time to focus on other kinds of safety issues.

1. There’s No Patch for Lack of Common Sense

Maybe someday there will be an app smart enough to let kids run rampant while avoiding any real danger, but today is not that day. In Pokémon Go, Pokémon appear everywhere from parking lots to alleyways to private property. Most kids old enough to have a smartphone know how to cross the street safely, but it may take some reminding. Before your kids go outside to play for maybe the first time in their lives, set some ground rules. Here are some suggestions to get started with: 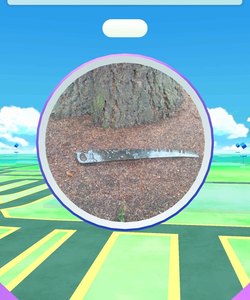 This game takes you to some strange places...

The PokéStop locations are based on Ingress, a similar game with user-submitted content. Each submission goes through a moderation system before being added to the game, but a few oddballs slip through the cracks. So far, this is probably the weirdest one out there.

One aside about cybersecurity: Vulnerability to hackers is always a possibility when you use your phone's GPS. Theoretically, a hacker could use the connection to the Pokémon Go server to follow someone, but that scenario is no more likely than a bear attack. If anything, it's just another reason to play in groups and stay in populated areas.

2. The Game Is Addictive

An unpleasant trend in mobile games has people worried about a lesser-known kind of addiction: psychological response to diminishing rewards. It resembles the effects noted in 1930s Skinner box research—an experiment in which a rat is placed in a box with nothing but a button. It presses the button and a reward (food) comes rolling in. The rat then presses the button over and over, but less and less food comes out. Eventually, no food comes out at all, but the rat continues to press the button until it (the rat) collapses. A similar model has been used with popular games such as Farmville and Candy Crush. All the achievements in the game can be shown on a sliding scale, providing the player with dwindling rewards as they go along. Eventually the amount of work the player must put in to accomplish any goal becomes so excessive that players get frustrated and start taking out their wallets.

In some ways, Pokémon Go is like any other microtransaction game. At first, every new Pokémon is exciting, and a walk around the block is all you need to go up a level. But then the levels become fewer and farther between, and no new Pokémon seem to show up. Some players become frustrated enough to start buying in-game items for real money. Others do what the game is purportedly designed to make people do: get some exercise. If the game gets young people hooked on walking, then maybe it's okay to be trapped in a Skinner box just this once. On the other hand, if exercise were the only point of Pokémon Go, there wouldn't be an option to buy your way to game success, would there?

The addictive element of the game affects every player differently. Just as one person can stop at a single drink while another can't avoid binging, we may see a rise in children skipping classes and missing homework assignments to play this game when school. It's something to watch out for once summer vacation is over. For now, the main issue of heavy play is whether money is involved.

Don't let your kids fool you. Everything in the game can be earned through good, old-fashioned exercise. That includes Poké balls, potions, lures, and even additional backpack space if your kids really commit. Still, some areas are more item-rich than others. Items can be gathered by walking to landmarks labeled as PokéStops (like signs and art pieces), and spinning a coin to make items appear. Most landmarks are found in the city. Downtown, there may be a PokéStop on every block. Out in the county, there might not be anything for miles. It makes sense for country kids to get frustrated. 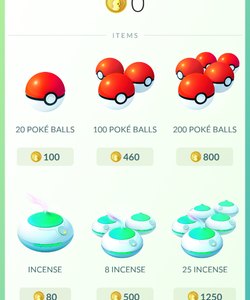 Each Pokécoin is worth about one cent. It might not seem like much, but give it a week and you’ll be running for the hills.

To keep your wallet closed, you may need to offer transportation to the city or to another potentially PokéStop-heavy location such as a trail or museum. If that's not possible, it might mean switching to a Poké ball–based allowance.

You have heard the story of the man who hit the brakes in the middle of the highway in order to catch a Pikachu. That story is false, courtesy of Cartel Press. But someone did introduce his car to a tree while playing the game. Phone use while driving is nothing new. It's something your teen may already be doing. The main difference is that Pokémon Go actually dictates where to go, when to stop, and when to look at the screen. Drivers and pedestrians alike will have to be alert and on the lookout for this new threat. 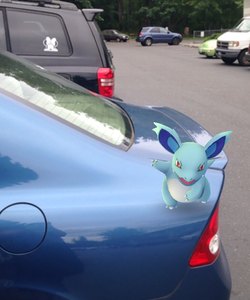 In retrospect, I could have gotten out of the road to catch this Nidorina, but where’s the fun in that?

5. It Really Gets People Out of the House

Let's pause the criticism for a second. Pokémon Go has done wonders for people physically and socially. The game has shaken up my entire routine. I go out. I meet friends downtown. I get together with co-workers I've never been friendly with in the past to compare catches. I don't know where I'd be if it weren't for this addictive little game—but it would probably be on the couch, bored out of my mind. For a book-knows wallflower like myself, Pokémon Go has brought nothing but good things.

If you are a Pokémon Go parent, you may already have noticed changes in your child's behavior—leaving the house more and meeting new friends. If instead your child is sitting in place and letting the Pokémon come to them, it could mean that they are paying cash for lures, in which case cutting off their supply of funds should get them out of the house again.

If your children play Pokémon Go safely and responsibly, it can be very rewarding. The tricky part is knowing where to draw the line. As with many other activities, moderation is the key. It should be costing players only time, not money. Also, there are places where playing the game is unsafe or inappropriate, such as in the car or on another person's property. For more information, check out Top 10 Places You Should Not Play Pokémon Go.

Top 10 Places You Should Not Play Pokemon Go

17 Things Parents Should Know About Roblox, Your Kid's New Obsession

The First Board Game to Incorporate Amazon Alexa

Ellen's New App Is All About You and Your Friends

Why Do We Need Surveillance Cameras in Public Places?

Around The Home
Entertainment
By: Lauren Romano