Advantages and Disadvantages of the iPhone

When the iPhone was released in mid-2007, it was a revolutionary, one-of-a-kind product. Since then other smartphones have come on the scene, and those phones have caught up to -- and in some cases surpassed -- the functionality offered by recent versions of the iPhone. The iPhone finds itself at a disadvantage in a few areas, but remains at the head of the pack in others. 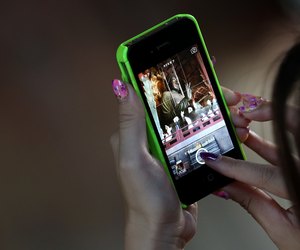 Disadvantage: Memory Is Not Expandable

The iPhone 5s has an 8-megapixel, rear-facing iSight camera. While the iPhone used to be the leader in smartphone camera technology, other smartphones have caught up to that technology and surpassed it. For example, the Nokia Lumia 930 offers a 20-megapixel PureView camera and the Samsung Galaxy S4 offers a 13-megapixel Auto Focus camera.

Apple and Google have a similar number of apps available in their respective app stores. Apple has roughly 1.2 million apps in the App Store at the time of publication, according to the VentureBeat website. Google has just over 1.24 million apps in Google Play. Microsoft has just over 161,000 apps available in the Windows Store. Apple has considerably tougher requirements for developers than the other tech companies. Developers must meet those requirements before their apps are made available in the App Store. The strict requirements provide an environment known for its security and safety.

Apple is one of the few companies that designs both the hardware and software for its devices. Google does this through its Nexus line of products, but the hardware for all other smartphones running Android is made by someone other than Google. Microsoft partners with other companies to make all of the hardware that runs its Windows Phone software.

The iPhone 5s screen measures 4 inches diagonally. A number of other smartphones offer larger screens. The Samsung Galaxy S4 offers a 5-inch screen, while phones with even larger screens fall into the phablet category -- a cross between a phone and a tablet. The Samsung Galaxy Note 2, for example, fits into the phablet category with a 5.5-inch screen. Whether iPhone's small screen size is an advantage or disadvantage depends on how you use your phone.

Key Differences Between an iPhone and an Android Phone

Around The Home
Entertainment
By: Rebecca Chandos

How to Take a Screen Picture on an iPhone

How to Dial Letters in the iPhone

Around The Home
Entertainment
By: Lori Kaufman

How to Reinstall iTunes on My iPhone

Looks Like Apple Is Working on a Foldable Phone