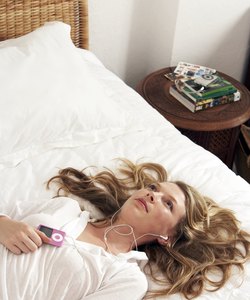 Since Apple introduced other models such as the Touch and Nano, the iPod Classic has become increasingly distinct in its layout. The 6th and 7th generation models carry on the legacy of the original click-wheel design with a few changes. These were the first models to come in silver or black and were made of lightweight metal rather than plastic. Though the two look nearly identical, the information inscribed on the back, such as hard drive size, serial number and the year of manufacture, is different.

Later iPod models typically have better hardware performance than the previous versions. A main area of interest is battery life, or how long the device can perform under a full charge. When the 6th generation iPod Classic was released, the battery had a base life of 30 hours of audio play. The 7th generation model had an improved base life of 36 hours.

Initially, iPods were as expensive as a basic computer. As the product became more popular, the Classic model became more affordable. While they can be purchased second-hand for much lower prices than their initial retail cost, the 6th generation originally sold for $249 at 80GB and $349 at 160GB. The 7th generation 160GB version sold through Apple at the retail price of $249.

Since the 5th generation models, syncing files between an iPod and computer is done using a USB cable. The 6th generation allowed charging through FireWire, but used USB for syncing. The 7th generation devices were only available with the standard USB connection for both syncing and charging.

How to View Images in iTunes

Around The Home
Productivity
By: Amber Riippa

How to Completely Reset the iPod Nano 3rd Generation

Around The Home
Entertainment
By: Traci Joy

How to Connect Your iPad to Your Computer

Around The Home
Productivity
By: Aaron Wein

How to Play M4As on an iPhone

Specifications for the Matsushita DVD-RAM UJ-840S

How to Find Which Is the 2.0 USB Port on My Computer