Bluetooth allows two devices to be connected to each other wirelessly. The most common use of Bluetooth technology is in hands-free devices such as headsets used with mobile phones. Bluetooth technology can also be used to transfer data between two electronics devices without using wires. 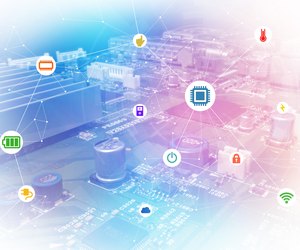 Bluetooth was invented in 1994 by Ericsson. The company later started working with a larger group of companies called the Bluetooth Special Interests Group, or "SIG," to develop the technology into what it is today. Bluetooth is not owned by any one company and is developed and maintained by SIG. The name Bluetooth came from a code name originally used by SIG for the project and is a reference to a 10th century Danish king named Harold Bluetooth, who was responsible for uniting Norway, Sweden, and Denmark.

Bluetooth technology uses radio waves to send information between two devices that are close to each other. Unlike traditional radio waves, Bluetooth waves typically can only travel 33 feet or less.

You will typically be able to identify if a device is Bluetooth capable by whether the phrase "Bluetooth Capable or Compatible" is printed on the device or its packaging, or by the presence of the Bluetooth logo. Every Bluetooth device has its own unique pairing code that is used to identify it and connect it to other Bluetooth-capable devices.

Bluetooth technology enables two devices to be connected together wirelessly, eliminating the clutter and confusion typically associated with wires. Bluetooth can be used to allow users to make hands-free calls using their mobile phone and headset or speakerphone in their car. Bluetooth can also be used to connect a computer mouse to home computers, headphones to MP3 players, digital cameras to printers, and it can wirelessly send data from your computer to another device.

How to Upgrade Bluetooth

How to Connect Bluetooth Headphones to a Computer

Around The Home
Productivity
By: Ann Mapleridge

Around The Home
Entertainment
By: Ann Mapleridge

How to Find if Bluetooth Is on My Computer

What Is a Bluetooth Port?