How Do I Transfer Files From One Computer to Another Computer?

There are a variety of ways to transfer files from one computer to another. The best method for a particular situation depends on how many files you need to move and the type of computers that are sending and receiving the files. In general, it's more straightforward to transfer files from a PC to a PC vs. from a PC to a Mac, but that may not be the case if you transfer through the cloud. 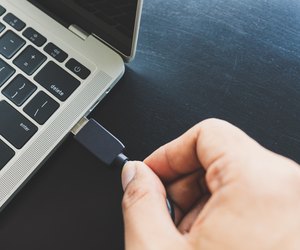 There are a variety of ways to transfer files from one computer to another.
credit: darkside26/iStock/GettyImages

Transfer Files with an External Drive

Although you can't transfer files directly across a USB cable, one of the simplest ways to move files between PCs or Macs is by plugging a USB drive or external hard drive into one computer and copying the files to the drive. The drive is then plugged into the target computer and the files are copied from drive to computer.

Transferring files to a USB drive or an external drive and then to another computer has the added benefit of supplying you with backup copies of your files, but it's one of the slowest methods and comes with added expense. You'll need to purchase the storage device, which can range in price from less than $50 to a few hundred dollars, depending on size and other features.

Transfer Files over a Local Network

You may be able to transfer files between computers on the same network if both computers are within range. When configured correctly, computers on the same network can access each other's hard drives and files can easily be moved between them. In Windows 10, simply access the file or folder you want to move in File Explorer, press the right mouse button over it and select Give access to. A dropdown menu displays the options Specific people and Remove Access that allow you to enable or disable access to the file by other network users.

You can also use the Nearby Sharing feature in Windows 10 to share files with nearby computers and tablets running Windows 10 over Wi-Fi or Bluetooth. First, enable the feature under Shared experiences in Settings on both computers. Then access the file you want to share in File Explorer, press the right mouse button and select Share. The Share panel is displayed, showing other enabled devices within range for sharing. When you select a device, a notification will be sent saying the file has been shared.

Transferring Files Through the Cloud

If you have an account with a cloud storage service like Dropbox, Google Drive or OneDrive, you can move files seamlessly between PC and Mac computers by uploading files and folders from the source computer to the cloud and then downloading them to the target computer.

You have the advantage of being able to preserve the file structure on your computer by uploading entire folders rather than individual files. Many cloud storage providers offer free accounts with a minimal amount of storage, though you may have to pay extra if you want to upload a large amount of data.

Prior to the introduction of Windows 10, Microsoft offered a free utility called Windows Easy Transfer that helped people with new computers move their files from their old system to their new one. The utility required users to purchase a special cable, USB drive or external hard drive for file transfer.

Since Windows Easy Transfer is no longer available, Microsoft recommends using the OneDrive cloud or an external drive to move files to a new computer running Windows 10. To get some of the same functionality as Windows Easy Transfer, which automatically copied over many system settings and programs, Microsoft recommends using a third-party utility like Laplink PCmover.

How to Save Emails to an External Hard Drive

Around The Home
Productivity
By: John Granby

How to Increase FTP Transfer Speed

How to Transfer Photos & Files From Old Computer to New Computer

The Advantages of Portable Hard Drives

Around The Home
Productivity
By: Dan Pham

How to Zip Photos for Email

Around The Home
Productivity
By: Timber Ferguson

How to Read a Mac Drive on a PC