How Do I Unblock Someone on Tumblr?

When you ignore an account on the Tumblr website, you remove the user from your Follow list and block your posts from appearing on the user's dashboard. Tumblr doesn't send you any private messages or dashboard notifications from the user. You ignore a user by entering the username in your Ignored Users list or by hovering over the username on your dashboard or in your Ask box, clicking the silhouette icon and selecting "Ignore" from the drop-down menu. The only way to unblock a Tumblr user is by unignoring the username in your Ignored Users list. 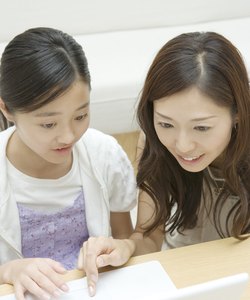 Ignoring an account limits the way the user can interact with you on Tumblr.
credit: whitetag/iStock/Getty Images

Locate the username of the user you want to unblock. Tumblr lists the users you've ignored in chronological order by when you ignored their accounts.

How to Mod on IMVU

Around The Home
Productivity
By: Sharin Griffin

Can I Block Someone on Facebook and Still Send Them a Message?

How to Tag Users in DeviantART

Around The Home
Productivity
By: Tommy Charles