How to Convert JPEG to CDR

JPEG, also written JPG, and CDR are two formats for storing images. JPEG, which stands for Joint Photographic Experts Group, is commonly used to store photos and show them online. CDR is a file format used by the illustration program CorelDRAW. You can find and use various JPEG-to-CDR converter tools to shift from one file format to the another. 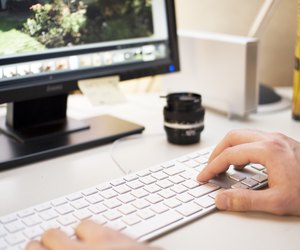 JPEG is a common file format used to send photos across the internet. They're frequently used on websites and when sending photos by email or multimedia message from a smart phone or other digital camera.

CDR is a file format created by Corel, makers of the CorelDRAW illustration program. It's used to store images created by that program.

JPG to CDR With CorelDRAW

One of the easiest ways to convert a JPEG file to a CDR file is to use CorelDRAW. CorelDRAW can open JPG and other raster formats and trace the image, using a built-in tool called PowerTRACE, to convert it to a vector image.

This traced image can then be saved in formats CorelDRAW supports, including CDR, the AI format used by Adobe Illustrator, and SVG, a vector graphics format commonly used online.

You can use PowerTRACE to trace some or all of an image. You may want to use the Smooth tool in CorelDRAW afterward to clean up the image a bit.

You can also find various converter tools online that can migrate an image from JPEG to CDR if you don't have CorelDRAW or don't wish to use it. CDR file format converter tools can convert CDR files to other formats, including JPEG.

Inkscape, a commonly used free and open source vector graphics tool, can also trace a JPEG or other vector image and turn it into a vector format image that can be opened by CorelDRAW and other tools.

LibreOffice Draw, another free tool, can also do the job, as can Adobe Illustrator, one of the most commonly used vector graphics and illustrator programs.

How to Convert From JPG to PES or DST

Around The Home
Productivity
By: Katrina Matterhorn

How to Create a Vector Format

Around The Home
Productivity
By: Alan Okpechi

I Need to Convert JPEG to a Sewing EXP File