How to Delete a Computer Operating System

The operating system (OS) on your computer, installed on your hard drive, controls the basic functions of your computer system. It's used to open and run programs, it provides the visual user interface you use to easily locate files and it enables easy use of hardware like speakers or built-in webcams. That said, there are situations where you may wish to delete the OS from a drive. Whether you're upgrading to a new operating system or creating an external or secondary drive, deleting an OS can be accomplished in a few ways, depending on the OS you're working with. 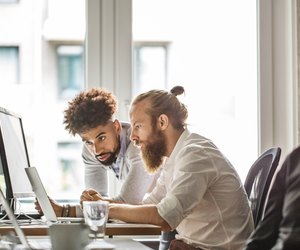 Before you remove the operating system from a hard drive, there are a handful of steps you'll want to complete as you prepare for the task. First and foremost, be sure to back up any and all files you wish to keep. Store them externally, somewhere disconnected from the hard drive you're working with. While some methods of removing operating systems will preserve personal files, there's always a risk of files getting deleted.

When the OS installer on your boot media finishes loading, follow the initial instructions until you're asked what to do with the OS currently on your hard drive. Select the "delete installation" option and continue to delete the current Windows or Linux OS. You'll then be able to replace it with a new OS, either with your boot media or a different OS installer.

If you want to delete the OS present on a secondary or external hard drive, no boot media is required. The fastest and easiest method is by (after backing up any data you wish to keep) connecting the drive to your computer and right clicking its icon when it appears in Windows Explorer, or its Linux or Mac equivalents. Select the "Format" option from the menu and follow the steps in the window that appears, and your drive will be clear and ready for new use.

Due to the way in which Mac computers are built, it's generally not the best idea to delete Mac OS X from the computer entirely. Doing so may risk rendering the computer entirely inoperable, unless you have the ability and/or tools required to access and remove the computer's hard drive. Instead, you can remove your current version of Mac OS X by formatting it from the System Restore menu.

To access it, begin by turning off your Mac after backing up your data. Turn it on and wait until the start-up sound plays, then press and hold the "Command" and "R" keys at the same time. When the Apple logo appears, release the keys. The menu that appears will ask you to connect to the internet before opening the System Restore options. Once you've done so, select the "disk utility" option and continue. Choose "Startup Disk" in the next menu, then click the "Erase" tab. Select "Mac OS Extended (Journaled)," name your disk and click "Erase" to begin the format. This will format the hard drive and reset your Mac's operating system to the factory default version, allowing you to upgrade it as desired.

How to Reformat a Laptop Without a CD

How to Reformat a Windows 7 Computer

How to Reinstall Boot Camp

Around The Home
Productivity
By: MichaelRyan

How to Restore a Mac to an Earlier Date

How to Restore My D Drive

How to Remove Write Protection From My USB Flash Drive