Social networking giant Twitter allows users to let their followers know their thoughts or whereabouts with a few simple clicks. Twitter also allows users to participate in social networking groups, affectionately called "twibes", to sound off on a particular topic. Any person with a valid Twitter account can join in on the conversation through a handful of web applications like TweetChat.com, TweetDeck.com, TweetTree.com or Monitter.com. Each of these apps helps you search for groups to join. 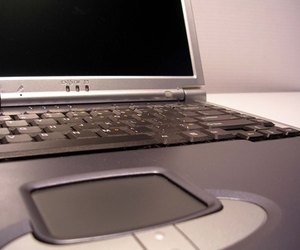 Joining a Twitter chat group can get you in on the latest discussions.

Decide which of the available web-based applications helps you best to find your twibes of interest. These apps allow you to search for content using specific keywords or to join popular generalized conversation groups.

Sign up for the app of your choice, which involves signing in to your Twitter account through the app website. Afterwards, you'll be redirected back to the app you chose, where you can enter in a group, denoted by a hashtag (the common "#" sign).

Read over any rules or regulations regarding interaction between the members of the group and read over others' posts. Type in your response; realize that some apps may keep you up to date on current posting but may not allow you to reply directly through the app.

Around The Home
Productivity
By: Zicheng Ren

Around The Home
Entertainment
By: Richard Kalinowski

Around The Home
Entertainment
By: Abby Vaun