How to Ping a Cell Phone Location

Knowing where a phone is physically located can be an important piece of information. If your phone is lost, knowing its location means you find it sooner rather than later. If it's stolen, that information can help find the thief and get your phone back. The location is even more crucial when the phone is in the hands of your child or an adult with intellectual disabilities, and you don't know where they are. There's no foolproof way to directly ping a cellphone number unless you're the cellular carrier or in law enforcement, but you can get good results through a number of apps and online services. 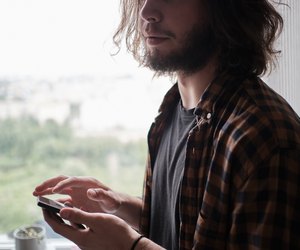 Knowing where a phone is physically located can be an important piece of information.
credit: satamedia/iStock/GettyImages

Use Your Carrier's Service

Nobody has a better handle on your phone's location than your cellular carrier, so it's an excellent starting place. The major carriers all offer tracking for phone numbers that are linked to your account, including Verizon's Smart Family, AT&T's Secure Family and T-Mobile's FamilyWhere.

These require a monthly subscription, but they provide solid peace of mind. Using one, you can locate any phone on your account in real time and see its location history over time, as well. You can also set up these apps to let you know whether everyone's where they're supposed to be at a given time, and they usually offer other parenting tools such as content filtering. You may also be able to use these services to locate a lost or stolen phone.

Your carrier's service only works with phones on your account, so to track a larger circle of friends and family, you need to use third-party software. There are several tools for this, with the best-known being Find My Friends on iOS devices. Other programs offer similar features for Android or both platforms.

GeoZilla, for example, is similar to the services provided by cellular carriers. You install it on any phone you want to track. Life360 is also similar, with features such as in-app chat that make it a sort of private "just us" social network. Google offers the option of sharing location data with trusted contacts, which can help you keep tabs on your immediate circle.

If you want to be able to find a given phone or its attached human but not have any permanent connection, the Glympse platform is an interesting alternative. It's a temporary way to share location data between casual contacts, such as out-of-town family or someone you're meeting on business. You can send a "Glympse" of where you are or request one, but the recipient doesn't need to install the app.

If you're primarily concerned about your phone being lost or stolen, install Find My iPhone on your Apple device or use Find My Device for an Android phone or tablet. Using these or similar third-party apps, you can locate a lost or stolen phone and lock or erase it to protect your data. Report it to law enforcement if it's stolen; don't try to get it back on your own.

If you receive a call from a number you don't recognize and want to know if it's a scammer or someone you know, that's possible – at least in a broad sense. You can use reverse-lookup or "people search" tools such as WhitePages or Spokeo to find out where the number is registered and often which name is on the account. This won't narrow it down the way an on-phone app would, but pairing the name and number can often identify the caller for you.

To use the service, type in the phone number to find its location. This tells you where the phone is based, not its current location, but once you know that, you can explore other options for physically locating and meeting with the other person. These services are usually paid, although you may be able to take advantage of a free or short-term trial.

You can't directly ping a cellphone number unless you have access to the carrier's system, which means it's limited to the carrier and – within limits – law enforcement. The civilian equivalent is installing a phone-tracker app that reports the phone's location to whoever installs and administers the app.

Phone tracker apps are usually marketed as parenting tools or, sometimes, as a way for employers to track the use of company-issued phones. Unfortunately, they're open to abuse and can be used by stalkers, abusers and others with unsavory motives. Whatever your motives, if you install one of these apps on someone else's phone without permission, you are setting yourself up for potential criminal or civil liability.

How to Ping a Cell Phone Tower

How to Enable WAN Ping on a Linksys Router

How Can I Trace a Metro PCS Cell Phone Location?

Around The Home
Entertainment
By: Daniel Westlake

How to Calculate Packet Loss Ratio