How to Screenshot on an Alcatel One Touch

The Alcatel One Touch enables you to take screen shots using the hardware buttons, meaning you can take a screen shot of any application without interfering with its operations. A downside to the One Touch's method is that you need to hold the keys for a few seconds. So if you're trying to take a screen shot of a movie or an animated sequence at a specific point, it might take a few attempts to get the timing right. 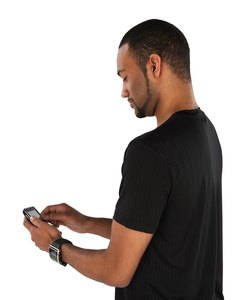 If it's on your screen, you can capture it in a screen shot.
credit: Photos.com/PhotoObjects.net/Getty Images

Turn on your Alcatel One Touch and navigate to the screen on which you want to take a screen shot.

Hold the "Volume Down" and "Power" buttons simultaneously for a few seconds. An animation will display indicating that the phone has taken the screen shot. At this point, release both buttons.

Tap the thumbnail of the screen shot in the notification tray to see a full-sized version. Alternatively, you can use the "Gallery" application to view the image at any other time. If you are not happy with it, simply go back and take another one until you get the image you need.

How to Get the Controls on "Gameboid" Android to Work

Around The Home
Entertainment
By: James Crider

How to Lock Your iPhone in Portrait or Landscape

Around The Home
Entertainment
By: Laurel Storm

How to Send an iPhone Screenshot

How to Copy & Paste a Screenshot

Around The Home
Productivity
By: Chad Buleen

How to Get Rid of an App on an iPhone

How to Print Screen on a Web Page

Around The Home
Productivity
By: Jenny Parker