How to Set Carry Weight on "Oblivion" for PC

"The Elder Scrolls IV: Oblivion" (commonly referred to as just "Oblivion") is an immersive, open world action RPG. As a character within the fictional world of Cyrodiil, you can find and craft various types of equipment to help you complete your quests – and, mirroring the real world, the weight of those items will affect your ability to traverse terrain. While many players enjoy the sense of realism delivered by this mechanic, it can make dungeon-crawling frustrating for others. Luckily for players, by enabling use of the developers console on the PC version of "Oblivion," a carry weight cheat can be used to remove the effects of the encumbrance mechanic. 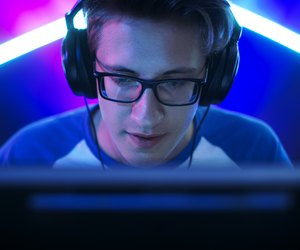 In the PC version of "Oblivion," a small edit to the game's setting file can unlock access to the Developer Console. Unavailable in other versions of the game, this in-game tool – used by developers at Bethesda Game Studios – allows you to modify various aspects of the game, your character, and the world around you. While the Developer Console is normally inaccessible, you can enable it by opening the "oblivion.ini" file in your game installation folder in a text editor such as Notepad. Search for the text string "bAllowConsole" and set its value to "1" to enable access to the Developer Console. If the string is missing from the file, you can add it under the "[Interface]" section of the file. Save the edits to the file, then run "Oblivion." You will then be able to access the console by pressing the "~" (tilde) key at any time.

Once you've enabled access to the Developer Console, you will be able to use what are essentially "Oblivion" cheat codes: by entering the correct commands in the console, you can modify the game to increase your character's statistics, add or delete items, change the status of quests, and more. To change your character's encumbrance, a number of options are available. The fastest method is to enable God Mode – a state which will give your character unlimited health, stamina, and magic power, while also removing the effects of encumbrance. This can be done by typing "TGM" into the console and pressing the "Enter" key, and entering the command again will turn God Mode off when desired. You may also increase or decrease your character's strength value by using the "player.setav Strength" command: after typing the text string, enter a number of your choice to set your strength stat to that number. This will change your maximum carry weight.

How to Use Action Replay on PCSX2

Around The Home
Productivity
By: Doug Vintage

How to Increase Keyboard Speed in Windows

How to Make Your Character Shoot on GameMaker

Around The Home
Productivity
By: Trenton Barboza

How to Restore Deleted Computer Games

Around The Home
Productivity
By: Qiana Eaglin