How to Set Standby on your IPhone

The iPhone's Sleep/Wake button sets the device to standby. When you press it, your iPhone switches to sleep mode, which disables the screen while leaving all processes running. 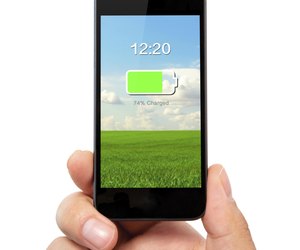 Put your iPhone to sleep to extend its battery life.
credit: Prykhodov/iStock/Getty Images

Setting an IPhone to Standby

The Sleep/Wake button is located along the side edge of an iPhone 6, and at the top edge of earlier iPhone versions. When you press it, the screen turns black and the iPhone is put to sleep. When your iPhone is asleep, or on standby, you can still receive calls, texts and other communications.

To view the amount of time your iPhone spends awake versus in standby mode, tap the "Settings" app, select "General" and tap "Usage."

If your primary reason for learning about standby is to maximize battery life, consider adding a few more battery-preservation tools to your arsenal. To start, keep the device out of extremely cold and hot environments, especially temperatures hotter than 95 degrees, according to Apple. Next, update the device to the latest version of iOS -- new versions of iOS often include changes designed to prolong usage between charging. In addition, if you spend time outside or in areas with variable lighting conditions, turn on the Auto-Brightness feature to automatically adjust the iPhone's screen depending on how much light there is. Tap the "Settings" app, select "Display & Brightness" and toggle the "Auto-Brightness" switch to the On position. Finally, if you have apps open that you aren't using, close them to further conserve battery life. To close an app, double-tap the "Home" button and then flick the desired app toward the top of the screen.

How to Avoid iPhone Pocket Dialing

What Is a Photocell for a Light?

Why Does My iPhone Get Hot When Charging?

Around The Home
Entertainment
By: Tommy Charles