Uses of Logarithms in Computers

Logarithms have been an important part of mathematics since 1614. Mathematicians and computer programmers use logarithmic exponents because it simplifies complex mathematical calculations. For example, 1000 = 10^3 is the same as 3 = log101000. Computer developers use logarithms in computer function formulas to create specific software program outcomes, such as the creation of graphs that compare statistical data. 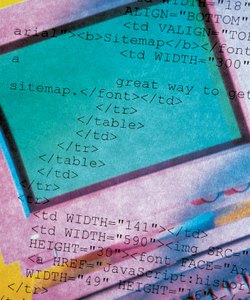 Programmers use logarithms to shorten the computer programming process.

Computer modeling creates comparison models that predict outcomes based upon mathematical statistical information. In computer modeling, logarithms may represent any subject we wish to compare, such as the brightness of light or earthquake intensities. When a computer measures magnitudes, it creates a logarithmic scale. Computers analyze exponential processes such as the spread of an epidemic by the plotting sets of logarithmic measurements. The process creates a modified logarithmic curve called a logistic.

Logarithms used in computer imaging align pixels, organize colors and help computers manipulate photographs for enhancement, merging or comparison. After the creation of a digital image, the photographed information converts into small sections of color called pixels. For a computer to recreate an image, it organizes the red (R) green (G) blue (B) values for each pixel and transforms them into two dimensional color pairs, such as G/R, B/R. Each pairing signifies a specific mathematical logarithm that allows the computer to translate and align each pixel into the photographed image.

Engineering, business and science applications use logarithmic functions. In addition, programing languages, such as C and C++, use logarithmic formulas to establish non-linear relationships and to define number inputs into calculations -- for example, the use of LOG10 natural logarithms for numerical input functions to the tenth power in the development of MS Windows products. Logarithmic functions used to calculate real arguments outputs in a computer program must be greater than zero.

How to Convert Matrix to Vector in MATLAB

Around The Home
Productivity
By: Joe Friedman

10 Ways Computers Are Used in Medicine

How Are Graphics and Images Stored in a Computer?

Around The Home
Productivity
By: Wesley Tucker