Waterproof Speakers for the Pool or the Beach

Water and music just go together. When the boombox was introduced in the 1970s, one of the first things people did was take it to the beach. A decade before boomboxes we had Frankie and Annette singing in Beach Party and its successor films, and Elvis doing his thing in Blue Hawaii. Given that kind of legacy, the explosion of wireless waterproof speakers on the market comes as no surprise. Here's a look at two models from JBL, a company that easily ranks among the top four brands for wireless speakers. They may be just the ticket as you and your family head for the water this summer. 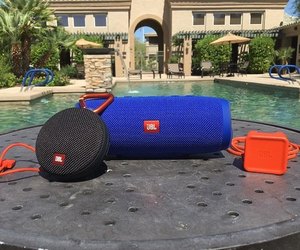 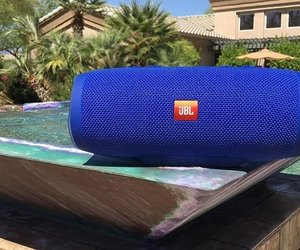 One of the best things about the JBL Charge 3 waterproof wireless speaker is that it doubles as a power bank. Its 6000 mAH lithium-ion battery will power your tablets and smartphones even as it plays music. On its own, the battery can power the speaker for 20 hours, a duration that few competitors can beat; indeed, Fugoo is the only one that springs to mind. So you don't need to worry about the speaker battery dying in the middle of your beach party—or about your audio source fizzling out.

The sound is BIG. At its highest volume, it filled a pool area of about 40 square yards, while competing with the low hum of the pool pump and the plashing of water cascading from two decorative waterfalls. I didn't detect any distortion; and in a quieter, grassy area behind the pool I could hear the speaker with even greater clarity. If you have your own pool, or if you live in a housing complex without noise limits, the JBL Charge 3 gives you the chance to let loose. It's an ideal speaker for pool parties. At a crowded beach, the JBL Charge 3 will compete easily with even the most raucous beachgoers.

The speaker has a number of great features. It's waterproof, with an IPX7 rating, meaning that it can withstand being completely submerged to a depth of 1 meter for 30 minutes. So if it takes an accidental dunk, or merely gets splashed, you needn't worry. A nifty chain-link feature allows you to wirelessly connect several Charge 3 speakers so they can play the same music from the same device. A button dedicated to this purpose sits on the top of the speaker. Press it, and that speaker will find the others. Working in unison, they will dominate any pool area.

The JBL Charge 3 also includes a speakerphone, so you can take calls. The music stops when the phone rings. Pressing the play button on top accepts the call. When you take a call the JBL Charge 3 turns into a speakerphone, and a decent one at that. Voices come through much louder and clearer than on, say, an iPhone speaker. And the person on the other end will hear you better, too.

The JBL Charge 3 has an attractive design. It's covered in a clothlike material with rubber at certain critical points, such as to cover the USB, mini-USB and 3.5mm line-in ports. The two dual, external passive radiators are viewable, one at each end. The speaker looks so nice that I wish it came with some kind of packaging to protect it. JBL says that the fabric is durable, but it seems as though keys and other objects bouncing around in a bag with it on the way to the beach could mar it. The JBL Charge 3 is available in five colors: Black, Blue, Gray, Red, and Teal.

The speaker's only discernible downside is its large size (8.4 by 3.4 by 3.5 inches). It weighs 1.7 pounds, which can start to feel a bit hefty, depending on how long you need to carry it, and how much other stuff you're lugging around (presumably quite a lot, if you have your kids in tow). 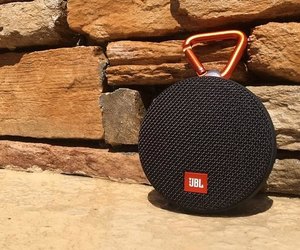 The JBL Clip 2 gives you all of the technology that the the JBL Charge 3 does, but assembles it in a more compact form. This speaker is close in size and shape to a hockey puck. It even weighs almost the same: A puck tips the scales at 6.0 ounces; the Clip 2, at 6.6 ounces.

The Clip 2 produces clear, surprisingly warm sound and is easy to hear within a 4-yard radius. It doesn't produce the dominating sound of the Charge 3, but that's not a bad thing in many settings. The Clip 2 is ideal for a communal pool with strict noise rules. You and your family can stake out your musical space while remaining considerate of others.

Attached to the speaker's top surface is a metal carabiner so you can hang it from a belt loop, a backpack, or anything in-between. This carabiner is a major upgrade over the plastic loop that came with earlier Clip products, significantly increasing the range of things you can hook it to. Aesthetically the orange metal carabiner is more pleasing, too.

Another big improvement is that the Clip 2 is now waterproof, as opposed to only water resistant. It's IPX7 certified and fully submersible, like the Charge 3. It also supports wireless daisy-chaining so you can link multiple speakers to play the same music at the same time from the same source. Unlike the Charge 3, the daisy-chain here is activated via an app. The Clip 2 doesn't have a dedicated button for this purpose.

The speaker is covered in tough fabric, on the front and the back is encased in rubber. Controls—including volume, Bluetooth connect, power, and a button for answering incoming calls—are located along the sides. The Clip 2 can also be used as a speakerphone. On the back is a built-in 3.5mm jack so you can plug directly into a source device. This is a very helpful feature if your source is not Bluetooth compatible. The 3.5mm cable tucks neatly into a barely noticeable slot that runs around the speaker. The speaker comes in the same five colors as the Charge 3: Black, Blue, Gray, Red, and Teal.

The JBL Clip 2's lithium-ion battery lasts for 8 hours, enough time for any but the longest day at the beach or by the pool. You recharge the battery via an included mini-USB-to-USB cable.

When you turn them on, both the Clip 2 and the Charge 3 make a cool sound reminiscent of a motorcycle engine revving up. When you turn the speakers off, the engine sound revs down.

5 Portable Bluetooth Speakers to Spice Up Your Barbecue

Around The Home
Smart Home
By: Scott Webster

Headphones for the Pool: Finis Duo vs Sony Waterproof Walkman

Around The Home
Productivity
By: Aoife M. McEvoy 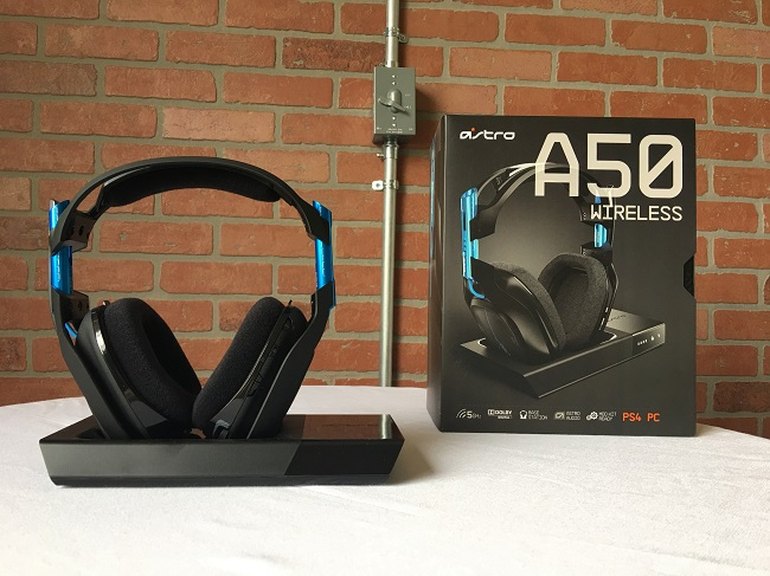 The Best Wireless Gaming Headphones (So You Can Game Quietly)