What Are the Positives & Negatives of Social Media? 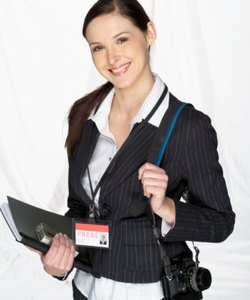 Traditional journalism values are shifting due in part to social media.

One of the positive things about social media is that it promotes an environment of honesty. Companies that are used to manipulating customers through traditional media simply can't do so through social media. When the customers are free to create content, comment on existing content and respond, refute and offer rebuttals, it creates an atmosphere of accountability throughout the network. It also allows people who post content to receive open and instant feedback from viewers or readers.

Social media essentially creates a media of democracy. Stories that are popular, that people are interested in and support are spread and made more popular. Those that people don't believe in quickly fall to the bottom of the pile. This doesn't always provide perfectly accurate information, but it does bring the basic principles of democracy to the spreading of information online. Jessica Clark from American University feels this model encourages people to seek out transparency and openness, a clear advantage to the medium.

One of the potential hazards of social media is the quick spread of misinformation during a crisis or legal investigation. After a late 2010 hostage situation at Marinette high school, local District Attorney Allen Brey talked about how a great deal of misinformation was quickly spreading among social media sites immediately after the incident. He spoke about how even though that information travels quickly, it is no replacement for a proper investigation and report and is prone to speculation and error.

Negative - Use Within a Company

Most companies are attempting some sort of social media policy in order to promote their business to this massive online audience. However, by doing so, a company takes certain risks. If employees are not properly briefed on procedures and policies within the company, it is possible that they will post confidential information or information that could provide an advantage to competitors. Employees must also be trained so that no information that belongs to customers is ever posted to social media portals.

How to Report Computer Hackers

Around The Home
Productivity
By: Andrew Uhacz

People of the Internet Are Obsessed With the Florida Man Challenge

Around The Home
Productivity
By: Eleanor McKenzie