What Does it Mean to Poke Someone on Facebook?

A poke is a form of electronic nudge or touch that basically says "Hello!" However, a poke can also be used to flirt, annoy, or check in with someone. Its meaning is in the mind of the "poker" and how the "pokee" views it. 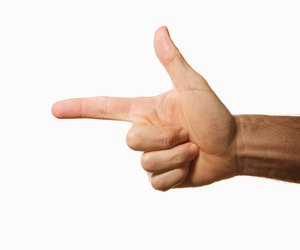 Poking someone on Facebook: What does it mean?
credit: Richard Whitfield/iStock/Getty Images

To poke someone on Facebook, open his/her page and click on the (ellipses) ... button at the lower right of their cover photo, then select Poke. A small window displays indicating you have poked someone.

When and Why to Poke

When and why you would poke someone are directly linked. You can poke to let them know you're thinking about them, to see if they're still active on Facebook, or for just about any friendly reason.

If someone pokes you, you have two options: to poke back or to remove (ignore) the poke. Until you poke someone back or remove their poke, they can't poke you again. The same goes for your pokes as well.

The unwritten rules for pokes include: don't poke (flirt) someone who is in a relationship, unless you are just saying hello (it's not considered good form to flirt with someone else's significant other); don't poke people you don't really know, unless you are really trying to get to know them; and certainly don't take a poke seriously. Remember that a poke is all in fun and should be used with that in mind.

Around The Home
Entertainment
By: Travis Larson

Around The Home
Entertainment
By: Alex Zang

Around The Home
Productivity
By: David Nield

Around The Home
Entertainment
By: Sophie Southern