What Is the PC Input on a TV?

Many people would love to use their big screen LCD or plasma televisions as large computer monitors. The PC input on a TV will either be a VGA, DVI, or HDMI input. These outputs are are typically available on computers. There are adapters available as well. 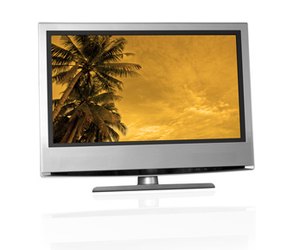 You can use your big screen as a computer monitor with adequate connections.

A PC input allows a person to connect their computer to their television. The image on the computer can be broadcast on the television with this input.

The benefits of having a PC input to a television are largely a matter of personal preference. The obvious benefit is that you can get a larger display for your computer. This is a great option for those who play computer games and want a more intense experience. There are also a number of people who utilize TV tuner technology, which lets them watch television on their computer. With this input, they can put those channels back on their big screen.

Some plasma and LCD television are fashioned with a VGA input. These are the same RGB style inputs that are found on a computer monitor. Others have a HDMI or DVI input, which are both digital. Sometimes a desktop or laptop is only fashioned with a DVI output and the LCD or plasma television only has a HDMI input available. There are adapters available to make the connection work.

How to Sync a PC to a TV

Around The Home
Productivity
By: Qyou Stoval

What Is the RGB-PC Input on My TV For?

Around The Home
Entertainment
By: MikeS

Around The Home
Productivity
By: Darrin Meyer

How Do You Get Your Computer to Play HDMI Audio to TV?

How to Attach an HDMI Laptop to an Old TV

Around The Home
Productivity
By: Richard Asmus