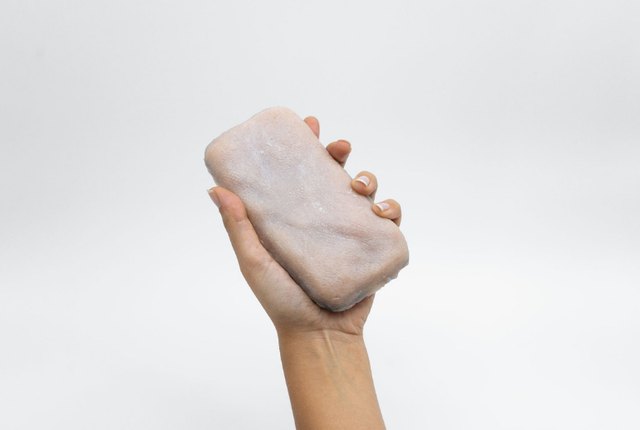 Well, here's a thing that doesn't need to exist.

A team of French researches developed phone cases that look and feel like human skin. The "Skin-On Interface" phone cases are programmed to understand touch and gestures and the emotions behind them, as pointed out by Gizmodo.

Gently tapping the fake flesh signals to your phone that you want its attention, gently stroking it reads as comfort, and holding it tightly lets the phone know you're angry. It also reacts to pinching, poking, tickling, and other weirdly gross things one generally shouldn't be doing with a fleshy phone case.

Aside from mobile devices, the skins can be applied to wearable devices and touch pads. They come in two versions: simple and ultrarealistic. Hard pass on both.

What's the point, you're probably wondering? As the video explains, "tactile communication with a virtual avatar." In other words, there's no point and please no one ever buy these should they become available.

How to Repair a Jumpy Cursor

Around The Home
Productivity
By: Hugh Patterson

Around The Home
Smart Home
By: Jacqueline Emigh

These Seniors Are Living Their Best Lives Through Virtual Reality