How to Turn Off the Spanish on Comcast

Comcast, also known as Xfinity, is one of the top cable providers in the U.S. Due to that, they serve a diverse audience of people from all backgrounds, which means they need to provide their entertainment services across multiple languages. If your Comcast channels switched to Spanish suddenly, you can fix it in the settings using your Xfinity remote. 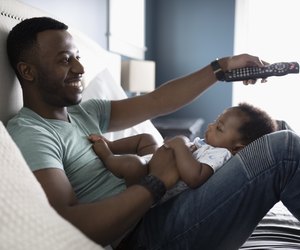 If your Comcast channels switched to Spanish suddenly, you can fix it in the settings using your Xfinity remote.
credit: Hero Images/Hero Images/GettyImages

Turning Off Spanish on Comcast

There are a variety of ways your content may suddenly be geared toward a Spanish-speaking audience, and each of those ways has its own unique fix. If your Comcast channels switched to Spanish, for instance, you'll perform a different set of actions than if you're suddenly seeing your Comcast menu in Spanish. Once you've diagnosed the specific issue, you can take measures to fix it.

If the issue is that you're hearing audio in Spanish, you'll need to make an adjustment under playback controls. But if you're seeing your Comcast menu in Spanish or having trouble using your Xfinity voice remote, you'll need to go to settings. Either method is fairly simple as long as you have the steps in front of you.

Comcast offers the option of changing the language of your audio in its menu. While watching TV, simply press the down arrow on your Xfinity remote. This will pull up playback controls. In the controls, look for a button that reads Audio Options/SAP and select it. Under that setting, use the up and down area to toggle between various languages. The checkmark shows the current languages being used.

It's important to note that even if you change your audio to Spanish, English or another language, not all programs provide what's called a secondary-audio soundtrack to let you listen in a different language than originally allowed. If you're hearing a program in Spanish and other channels aren't playing in that language, changing your settings won't help since the program is likely only provided in Spanish.

In some cases, it's not the language but your guide that has switched. If your Comcast channels switched to Spanish, it may be that your guide has changed to another language. That means TV shows and movies aren't in English, making it difficult to read unless you speak the language being displayed.

If you want to change Xfinity menu from Spanish to English, you'll need to go into the Menu Language Settings. Do this by pressing the Xfinity button on your remote, then choosing the gear icon from the menu options on the screen. Pressing OK will take you to the Settings menu, where you can toggle to Language, press OK again, and use the up and down arrows to find your desired menu language.

Newer Xfinity remotes have voice control, which gives you another place your menu can switch to another language. For Spanish-speaking Xfinity customers, this allows them to use the voice features of Comcast's remote in their own native languages. If you want to switch back, or you accidentally activated the Spanish setting, changing it back is fairly easy.

How to Factory Reset a Comcast Cable Box

How to Reset All Defaults on a Comcast Remote

How to Put Subtitles on a TV With Dish Network

How to Program a DirecTV Remote for a Vizio Television

How to Program a Comcast Remote to a Samsung TV

How to Reset a Charter Cable Box