How to Use the Xvid Codec

Although we don't often think about it, digital video takes up an incredible amount of storage space. While we enjoy the increase in quality afforded by HD and 4K recording technologies, the amount of visual data packed into each frame has led to a situation where raw video can take up anywhere from 100GB or more per hour of footage. Compressing processed video saves space and makes the distribution and consumption of video content feasible. Several methods are available to accomplish the compression; one of the most popular is the Xvid codec. 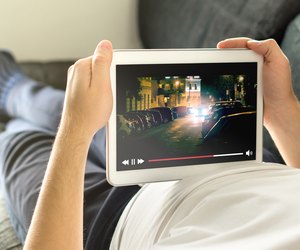 How to Use the Xvid Codec
credit: Tero Vesalainen/iStock/GettyImages

A codec – a term short for coder-decoder – is a program that runs in the background to process video or audio files as you use them. Codecs exist for both audio and video files and use algorithms to compress data into a smaller, encoded form. When you use a file encoded by a codec program, the codec then decodes the data into a viewable form.

When a codec compresses an audio or video file, some quality is lost in exchange for a smaller file size. The amount of quality sacrificed differs among codecs. This is why an encoded movie viewed through a free streaming site looks worse than the same movie on Blu-ray or through an official streaming service. Because the file was prepared with sharing in mind, it was compressed to minimize the amount of effort needed to access it, and because the shared file is free, visual quality is less of a concern.

What Is the Xvid Codec?

Xvid is a video codec that prioritizes file compression while maintaining a base level of video quality. Commonly used to prepare video files for sharing online, often through peer-to-peer file-sharing services such as BitTorrent or online video hosts like OpenLoad, Xvid-encoded video files are saved with either the .xvid extension or in rare cases with a combination of two extensions, like Episode2.xvid.avi.

Xvid videos at HD quality have been known to fit onto a CD-ROM or basic DVD-ROM disk while maintaining visual quality despite the small file size. According to the Xvid developers, a digital video file with a size of 100GB per hour of footage can be compressed to a size of 500MB per footage hour while still retaining at least DVD quality. This has made the codec incredibly popular online. Because Xvid is open-source software, many modern DVD and Blu-ray disc players are compatible with the codec format, allowing burned DVDs with Xvid-encoded video files to be played without problem.

While some media players are compatible with the Xvid codec, not every program accepts the encoded file by default. In this scenario, the easiest way to watch Xvid movies is to install and use VLC Media Player. By design, VLC is compatible with a wide variety of video codecs out of the box. After you install the free program, viewing a video encoded with Xvid is as simple as dragging it and dropping it into the VLC program window and pressing Play or by double-clicking the video file, like you would when viewing a video with Windows Media Player or iTunes.

To install the codec, download the Xvid installer from the codec website and follow the installation instructions. You may need to point the installer to the directory where your media player of choice is installed, but upon installation, you will be able to play Xvid videos as though they are normal video files.

How to Shorten a Video with Media Player

How to Rip Streaming Video

How to Compress Video With Avidemux

How Can I Play an Flv File?

What Is the Difference Between DVDrip and DVDscr?

How to Play a VTS File