How to Make An Untraceable Call

It's not necessarily possible to make truly untraceable calls, particularly if law enforcement gets involved. But it is possible to hide your caller ID information when you're calling a particular number. You can also use a phone number that the person you're calling doesn't know, such as a new cellphone or a number generated by anonymous calling apps. Or, you can simply use a pay phone to make a call so you won't be quickly identified. 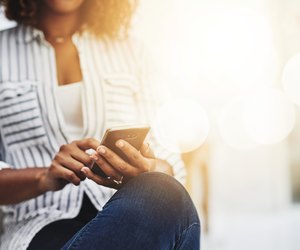 On many United States phone networks, you can dial "*67" before making your call to keep your caller ID information from being sent to the person you're calling. The number will usually show up as blocked.

If you're using a caller ID blocking tool for the first time, you may want to test it before making a call that involves the need to be absolutely unidentifiable.

Some people who want to make anonymous calls do so using what's colloquially called a "burner phone." That's a cheap cellphone, often a flip phone, that's purchased and registered using a number your contacts don't know. When you call someone with the phone, they see its number and don't know that it's your phone, since they have only your primary phone number.

As the name suggests, the phone can lose its usefulness for this purpose if people learn it's connected to you.

If you don't want to go to the trouble of getting a new phone, you can always borrow someone else's phone who the people you're contacting don't know.

Alternatively, you can use a pay phone, although the devices are getting harder to find. They're also not always in private areas if you need to make a private call.

There are a variety of apps that will give you a new number to use for calls and texts. This can help protect your anonymity.

Google Voice, a free tool from Google, will give you a free number in an area code of your choice. You can use it to make calls and send texts from your smart phone or computer. There's a charge if you want to replace the number.

Another app, called Burner, is designed specifically to generate temporary numbers similar to burner phones. You can use these numbers to call people without recognizable caller ID.

Around The Home
Productivity
By: Laura Nations

How to Disable IMSI Catcher

Around The Home
Entertainment
By: Breann Kanobi

How to Disable a Private Number

How to Turn Off Voice Mail on an iPhone

Around The Home
Entertainment
By: Annie Lee Tatum