How to Make a Cell Phone Number Show Up as Private

If you want to call someone without revealing your phone number, you can disable caller ID for a particular call or for all of your calls. Keep in mind that your phone company will still have records of who you called and that toll-free numbers, such as 1-800 numbers, may still have access to your number when you call them. Alternatively, you can use a separate phone number for certain calls that you don't want to be associated with your main number. 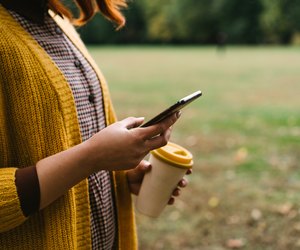 If you want to call someone without revealing your phone number, you can disable caller ID for a particular call or for all of your calls.
credit: Svetlana Ivanova/iStock/GettyImages

One way to make a call private so your phone number won't be revealed is to dial 67 before the number itself. This works on most U.S. cell phones and landline phones, but if you're not positive that it will work on your phone, you may want to try calling a friend's number with 67 and verifying that your number does not show up on the caller ID display.

There's generally no charge for using *67, but you can check with your carrier to make doubly sure this feature is available and won't cost you anything to use.

Blocking at the Carrier Level

You can also often ask your phone carrier to turn off outgoing caller ID for all of your calls. This will mean that nobody who you call will know where the call is coming from, which can preserve your privacy but may cause people to reject your calls or be surprised that it's you calling.

You can generally disable this feature by dialing *82 before any calls where you want caller ID information to be sent, but you may want to test this feature or check with your phone company before you use it for something important.

If you're using an iPhone, you can usually go to the Settings menu from the home screen, tap Phone and turn the Show My Caller ID toggle switch off to avoid sending caller ID information.

On an Android phone, go through the Phone app and press the menu button. Tap Settings, then tap Call Settings if it is a separate option. Tap Additional or More and tap Caller ID. Choose Hide Number to hide your number going forward.

Some carriers may not support this feature even if your phone does. Test it out by calling a friend's phone to make sure your carrier doesn't unmask the private number setting unexpectedly.

Another option for making a relatively anonymous call is to use a phone number that's not associated with you. You can get additional phone numbers from services like Google Voice and Burner.

Different services offer numbers that work for different purposes for different durations at different price points. Shop around for one at a price you like with the features you want. Remember that even if a number isn't initially associated with you, it may come to be after you have used it.

Things to Keep in Mind

Keep in mind that many people will automatically reject or ignore calls from private numbers or numbers they're not familiar with. Don't be surprised if even your friends and family ignore your calls and don't necessarily listen to your voicemails if you're calling from a blocked or unfamiliar number.

Also remember that your phone company will still keep a record of who you have called. Consider this carefully before use new numbers or blocked numbers for illegal purposes or to harass or play a prank on anyone.

It's also usually not possible to block your phone number from toll-free numbers. Since they are the ones ultimately paying the bill, they are given access to records of who is calling.

Meaning of a Restricted Call on Verizon

Around The Home
Entertainment
By: Lee Tea

Around The Home
Productivity
By: Laura Nations

How to Disable a Private Number

How to Know If My Phone Number Is Blocked

How to Report an Obscene Text Message on a Cell Phone

Around The Home
Entertainment
By: Rachael Lingerfelt

How to Identify the Number I'm Calling From

Around The Home
Productivity
By: ReneeG