The Function of Telecommunication 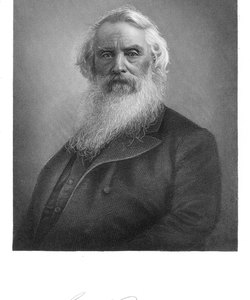 In Latin, "tele" means "distance." Telecommunication's meaning is "communication over a distance." The first type of messages at a distance began when indigenous natives in Africa, Asia and the Americas sent long-distance messages by means of fire, drums, horns or smoke signals. The need to communicate with others at a distance served to fuel man's resourcefulness, resulting in the semaphone, a rudimentary telegraph system in the 1790s and its evolvement to other devices.

Communication at a Distance

The 1830s was the decade of the invention and use of the telegraph in Europe and the United States. By 1851, nearly 20,000 miles of telegraph wires existed for sending Morse code messages in the form of dots and dashes to communicate between two points connected by wires. The first successful transatlantic cable linking Europe and the United States permitted across-the-ocean communication in 1866. By 1878, the first commercial telephones emerged and by 1901, Guglielmo Marconi established wireless radio communication between Newfoundland and Britain, with radio's first U.S. commercial broadcasts happening in the 1920s. The first transmission of moving pictures across a distance occurred in March 1925 in England. The invention of the cathode ray tube gave birth to television, available in most homes in the United States by the 1950s.

Communication from Space and Between Computers

From there, man's desire to communicate at even greater distances moved into space with the invention of the rocket, the use of the microwave frequency band and the first earth satellite, the Sputnik-1, launched in 1957 by the Russians. Britain's electronic code breaker put in use in 1943 signaled the beginning of computers. With the invention of transistors in 1947 by a team of men at Bell Laboratories and ENIAC, the first computer, also completed in 1947, the seeds for communication between computers on the wired and wireless networks of today took form.

The Role and Function of Telecommunication

The role and function of telecommunication is to provide an exchange of communication or information at a distance between people, satellites or computers. With the advent of the Internet on a global scale in the last two and half decades, humankind has entered the Information Age, which makes information available at the touch of a finger to anyone with the appropriate equipment. Begun in the imagination of those who went before, such as Arthur C. Clarke, a science fiction author who first envisioned satellites in orbit around the earth in 1945, the unknown forms of telecommunications reside with those who follow in the footsteps of the world's leading physicists, scientists and engineers.

Information coded and transmitted on light waves is already happening in larger metropolitan areas, as some of the country's largest telecommunication companies replace their existing telecommunication infrastructures with fiber optics, which allow a greater compression of data, larger bandwidths and more data exchanges in less space using light waves. While the means may change and the advances in science and technology will affect the way we communicate in the future, the fundamental function of telecommunication remain the same -- to communicate and transmit information over a distance.

What Are the Functions of a Communication Satellite?

Around The Home
Entertainment
By: Pat Howard

The Difference Between Information & Communication Technology

Around The Home
Productivity
By: Alex Kocic