Will an iPhone Charge in DFU Mode?

Most Apple iPhone users are familiar with two of the phone's operating modes: standard usage mode and recovery mode. A third mode exists known as Device Firmware Update mode, although it is not as commonly used as the other two operating modes. Users who are aware of DFU mode may have a number of questions about it, including whether it can be used to charge their device. 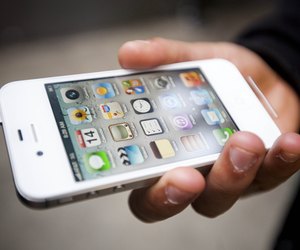 As its name suggests, DFU mode is used to update or replace the firmware that is installed on the iPhone and may also be used to jailbreak the device so that it can be used with carriers other than AT&T or Verizon. When DFU mode is activated, the iPhone turns on but does not load the iOS operating system or most other features of the phone; the phone is powered up enough to receive and install new firmware but uses no power other than what is required for this task.

As DFU mode isn't necessary for most iPhone users, accessing it isn't as easy as accessing recovery mode or booting the phone up in its standard operating mode. The iPhone must be connected to a computer with iTunes open and then turned off, after which the power button and the "Home" button on the phone should be held down for ten seconds. After ten seconds the power button should be released, but the "Home" button should be held until a message appears in iTunes stating that the phone is in recovery mode. It may take several attempts.

When an iPhone is in DFU mode there is no indication on the phone that it is turned on at all. The screen will be black and none of the standard startup animations will appear. You can still interact with the phone through iTunes to update the firmware, however, and custom firmware clients that allow users to install older firmware versions or to jailbreak the iPhone can be used as well.

Because only limited portions of the iPhone's components are active in DFU mode it cannot be used to charge the phone. It is also not advisable to place the iPhone into DFU mode unnecessarily as any accidental damage or corruption to the phone's firmware can result in the phone not working correctly or at all. DFU mode should only be used when updating the firmware if other update methods are unavailable or if custom firmware is being installed.

Can You Overcharge Your iPhone Battery?

Around The Home
Entertainment
By: Sarah Knowlden-Thomas

My iPhone Won't Go to the Main Screen

Around The Home
Entertainment
By: Andrew Smith

How to Know When an iPhone Is Fully Charged

Around The Home
Entertainment
By: Brendan O'Brien

How to Reinstall the Operating System on Your iPhone

Around The Home
Entertainment
By: DustinThornton

Why Is My Phone Turning Off When I Plug in My Charger?

Around The Home
Entertainment
By: Catherine Fiorentino