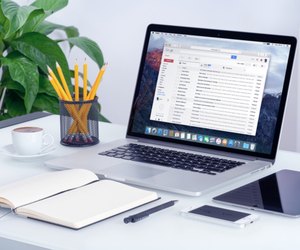 Even though sometimes you might wish your emails would stop coming in, you probably wouldn't really want that to happen. Because, you know, work and life stuff are kind of important. But if you haven't updated your Chrome browser in a while, your Gmail might actually stop working.

Beginning on February 8th, you may have noticed a banner at the top of Gmail's interface containing a reminder to update to Chrome version 55. Google has confirmed that Gmail no longer works on Chrome Browser version 53 and below, and that means Windows XP and Windows Vista users already aren't able to use Gmail.

"Gmail users that are still on Windows XP and Windows Vista are the most likely to be affected, because v49 was the last released version which supported those operating systems," Gmail explained on its blog. "As previously announced in April 2015 and November 2015, these systems are no longer maintained by Microsoft, and we strongly encourage you to migrate to more secure and supported systems."

Obviously this could potentially be a big problem, either right now or down the road, if you don't do something about it.

Here's what you can do it fix the problem

Download the latest version of Google Chrome Browser. Simple as that. If you're still using Windows XP or Vista, consider ditching them altogether.

If you don't — or for whatever reason, can't — update Chrome, Gmail will continue to work like normal throughout 2017. However, once December rolls around, you'll start being redirected to the basic HTML version of Gmail. Your sensitive information will be more vulnerable to security risks since you won't have access to new features and bugfixes. 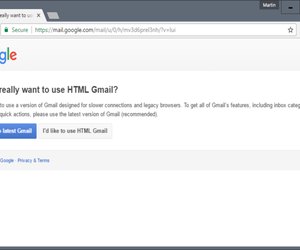 But really, to avoid any type of email interruption, your best bet is to download and install the latest version Chrome and to resume life as usual.

How to Embed a Webpage in Gmail

How to Create a New Gmail ID

How to Disable Gmail on an Android

Around The Home
Entertainment
By: Matt Skaggs

Don't Be Fooled by This Netflix Email Scam

How to Refresh AOL Mail Browser