How to Record an iPhone Screen

Before the release of iOS 11 in 2017, to say that recording your iPhone's screen was a hassle was a major understatement. Back then, your options were limited to third-party apps like Airshou, Vidyo or CoolPixel, or a cumbersome workaround using QuickTime Player. With the update to iOS 11, however, Apple quietly snuck in native screen recording for both video and audio. When a screenshot won't do your moment justice, full-screen recording is now just a few swipes and taps away. 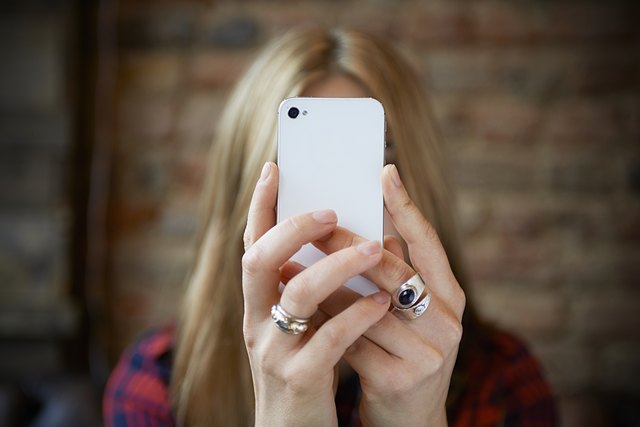 How to Record an iPhone Screen
credit: Tara Moore/Taxi/GettyImages

How to Record Your iPhone Screen

Tapping the Record symbol captures video only. To capture both video and audio, give the Record button a deep, long press and tap "Microphone Audio."

Screen recording works on iOS 11-compatible iPhones including the iPhone 5S, 6, 6 Plus, 6S Plus, SE, 7, 7 Plus, 8, 8 Plus and iPhone X. You can also use the feature on the iPad Mini 2, 3 and 4, all iPad Pro models, and the sixth-generation iPod Touch as long as you've installed iOS 11. No matter which device you use, the process for recording remains the same.

How Do I Zoom In on iPhone Video?

To adjust the zoom level in your screen recording, Apple's iMovie app for iOS offers the most straightforward option. To get started, open iMovie, start a new project, and add your screen-recording video or any other video you want to zoom in on from your phone's media library by tapping the "Add Media" (+) button near the top of the screen.

IMovie uses what's known as the Ken Burns effect to zoom in on photos and video gradually. To apply the effect, tap the video on your timeline and then tap the arrow pointing to the left (it looks like a backward Play symbol) to set the way the photo is framed at the beginning of the zoom. You adjust the level of zoom by pinching to zoom in or out. To set the level of zoom at the end of the effect, tap the arrow pointing to the right and then pinch and zoom as desired. When you're done, tap outside the clip to close the effect controls.

Can I Crop a Video on My iPhone?

To crop a video on iPhone, use iMovie effects. Cropping works similarly to zooming in that it zeros in on your image, but unlike the moving zoom of the Ken Burns effect, the crop is stationary.

On the iMovie timeline, tap the video you want to crop. On the video preview, you'll see a magnifying glass icon. Tap the icon and then pinch and drag the preview video to adjust the crop. When you're happy with the results, let go of the preview.

How Do You Take a Picture of Your iPhone Screen?

On an iPhone 8 or earlier, press and hold the Power button on the top or side of the phone and then tap the round Home button. Release the top or side button to take a still picture – or screenshot – of the screen. This method also works on iPads and the iPod Touch devices.

Taking a screenshot works a little differently on the iPhone X. With the X, you press and hold the Power button on the right side of the screen and then quickly click the volume-up button on the left side and release both buttons.

Either way, the screenshot is saved in an album called "Screenshots" in your Photos app. If your device has iOS 11, you'll see a thumbnail of the screenshot appear in the lower left corner of your device as soon as you capture it. Hold down on that thumbnail to share the image or tap it to open Markup, which lets you add drawings and other features to the screenshot.

How to Capture a Still Image From a Video

How to Change Your iPhone Screensaver From Black

How to Send an iPhone Screenshot

How to Audio Record on an iPhone

Around The Home
Entertainment
By: Maira Ahrens

How to Record a Movie on Your Computer

Around The Home
Productivity
By: Stephen A. Powell

How to Crop Videos on Photobooth

Around The Home
Productivity
By: Forest Time