6 Halloween Apps for the Whole Family

A fun holiday for everyone, Halloween invites special activities ranging from carving jack-o-lanterns and collecting candy galore to telling ghost stories and going to great haunted house parties. What's not to like? Beyond sheer costumery, though, various family members play different roles at Halloween, depending on their ages. 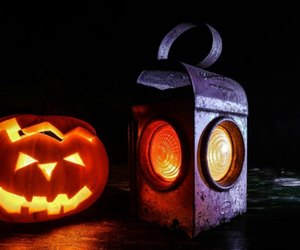 Your youngest kids might be home with mom and dad, interacting with Halloween tales on an iPad or Android phone. Your preteens are likely out with friends, gathering goodies in Halloween bags. Between parties, your teen might want to play a ghost-hunting game or spook his buddies on social media with scary selfies. Here are six apps that cover the gamut of these age groups. Each is downloadable for both iOS and Android. (That's a neat trick in itself, because most Halloween apps work on only one mobile platform or another.)

Available in Android and iOS versions, It's the Great Pumpkin, Charlie Brown delivers the classic TV special to a new generation, with clever kinds of interactivity.

Kids can use updated avatar and costume features to transform themselves into a Peanuts character, inserting themelves into the story to hang out with Charlie, Lucy, Snoopy, and the rest of the Peanuts gang. 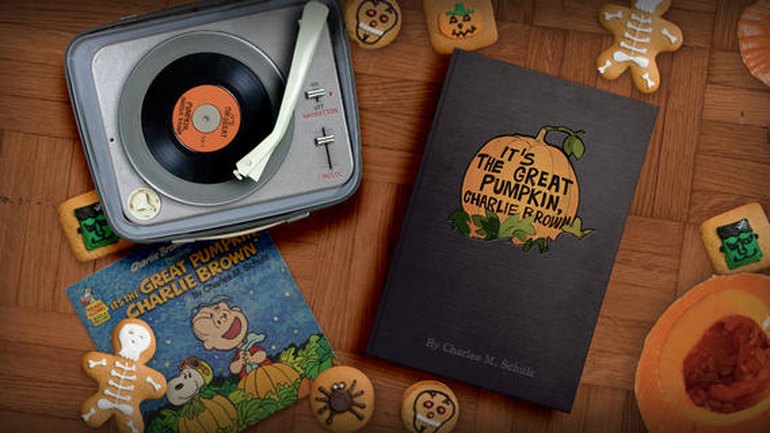 The delightful app is designed for six- to eight-year-olds, but preschoolers can enjoy it, too, with some help from their parents. Pricing is a bit steep at $5.99, but interactive features such as costumes and pumpkin carving tools—once available only as in-app purchases—are now included free of charge.

With more than 60 pages of fancifully illustrated Halloween jokes, this app can easily entertain the entire family, not just kids. It's core audience, however, is kindergarteners through fifth graders. Kids can choose either to read the jokes by themselves or to listen to the pages being read aloud (in another child's voice). 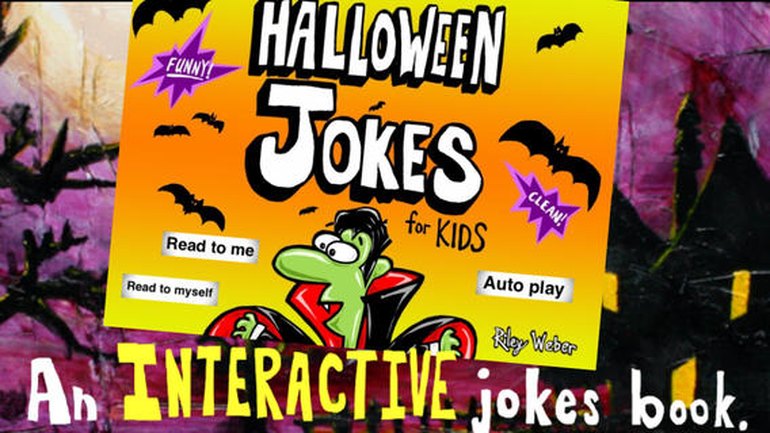 With the material in Halloween Jokes for Kids, Halloween becomes a totally nonthreatening laff riot. Your children can yuk it up with their pals and sibs (and you) on the subjects of ghosts, pumpkins, witches, wizards, bats, skeletons, and other holiday icons. A sample joke asks, "What does a witch eat on Halloween?" Answer: "Spooketti, Halloweenies, and Boo-berry pie." As the stand-up vampire comic said, "Fang you very much, ladies and gentlemen, and have a good fright." Pricing for either the Android or the iOS version is 99 cents.

In this compelling game for Android or iOS, New York City (aka Slime City) has been overrun with ghosts and demons. It's up to your kids as new Ghostbusters recruits to save the city and the rest of the world from the ghouls. Kids who accept and complete jobs successfully can earn rewards such as more-powerful equipment. 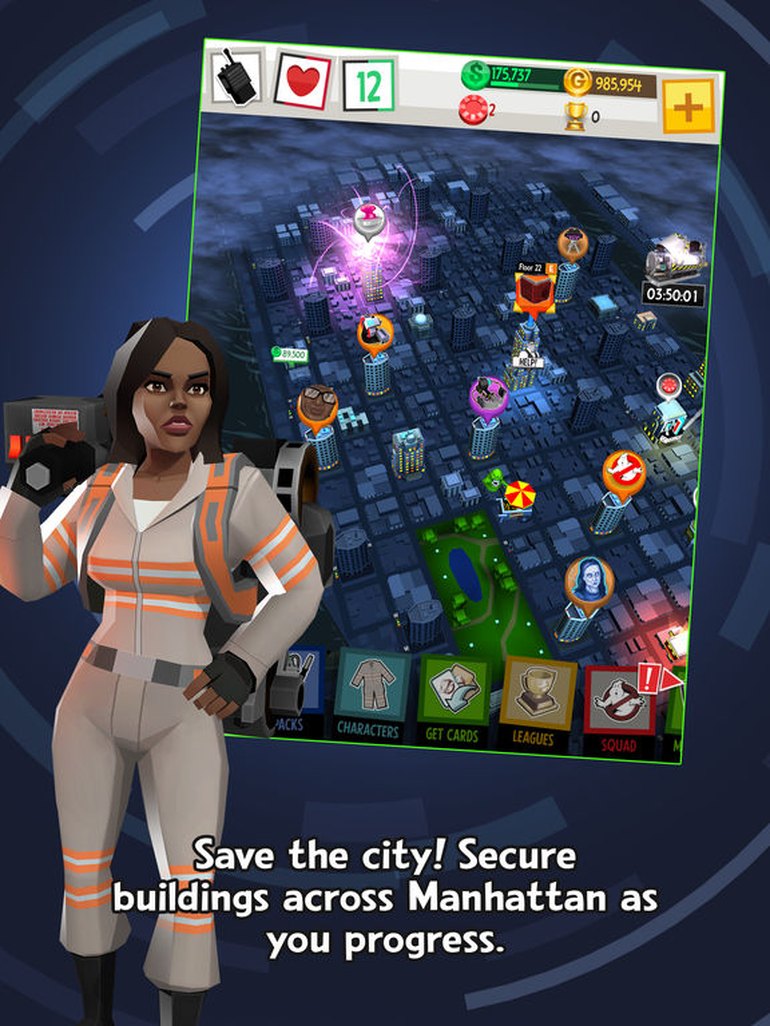 The basic app is free, but it can be so competitive and addictive that you'll need to caution your kids to resist springing for in-app purchases, which can amount to $100 each for a "Mountain of Gold"or a "Spine-Chilling Offer." Spine-chilling is right.

Older teens can shock their friends on social media with the free Turned: Zombie app (for Android or iOS), which lets them transform themselves into either survivors or zombies by applying special effects to photo and video selfies. 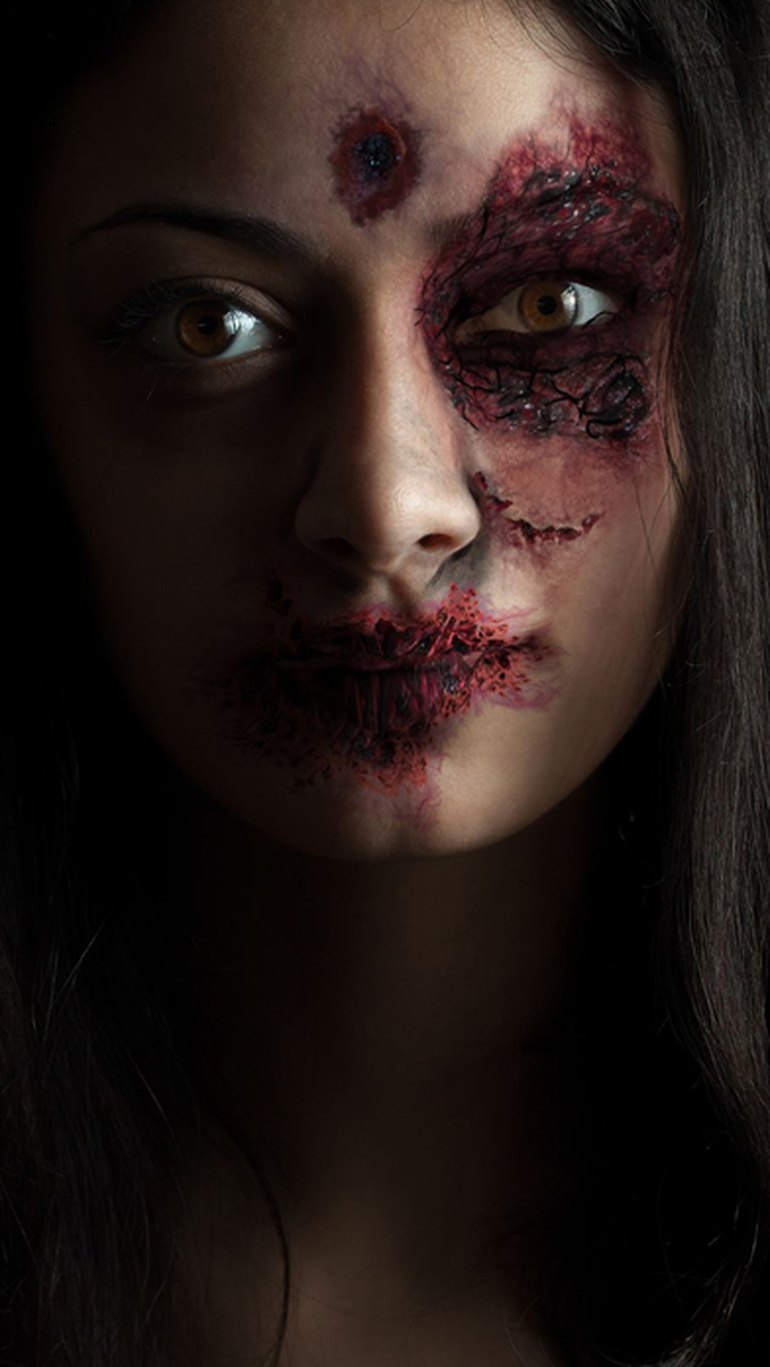 The results are photo-realistic—and pretty gruesome. Wounds and other special effects change with the facial movements in videos. You might not let your kids out of the house made up like this for Halloween. But here, it's just an app (and a resulting photo or video). Some in-app purchases are available, but these probably won't put too much of a dent in your kid's piggy bank.

How can you let other parents know that you're giving out candy on Halloween? How can you find families who'll offer treats to your own kids, or who'll welcome your children to haunted houses?

Halloween maps in the free Nextdoor app for Android or iOS can show all of these places on a map. The maps are displayable for Windows PCs and Macs through Nextdoor's web app.

The Life360 Family Locator app helps reassure you that family members are safe by showing their locations on a map. It's great to use at any time of the year, but it can be particularly useful on Halloween, when kids tend to be roaming all around the 'hood. 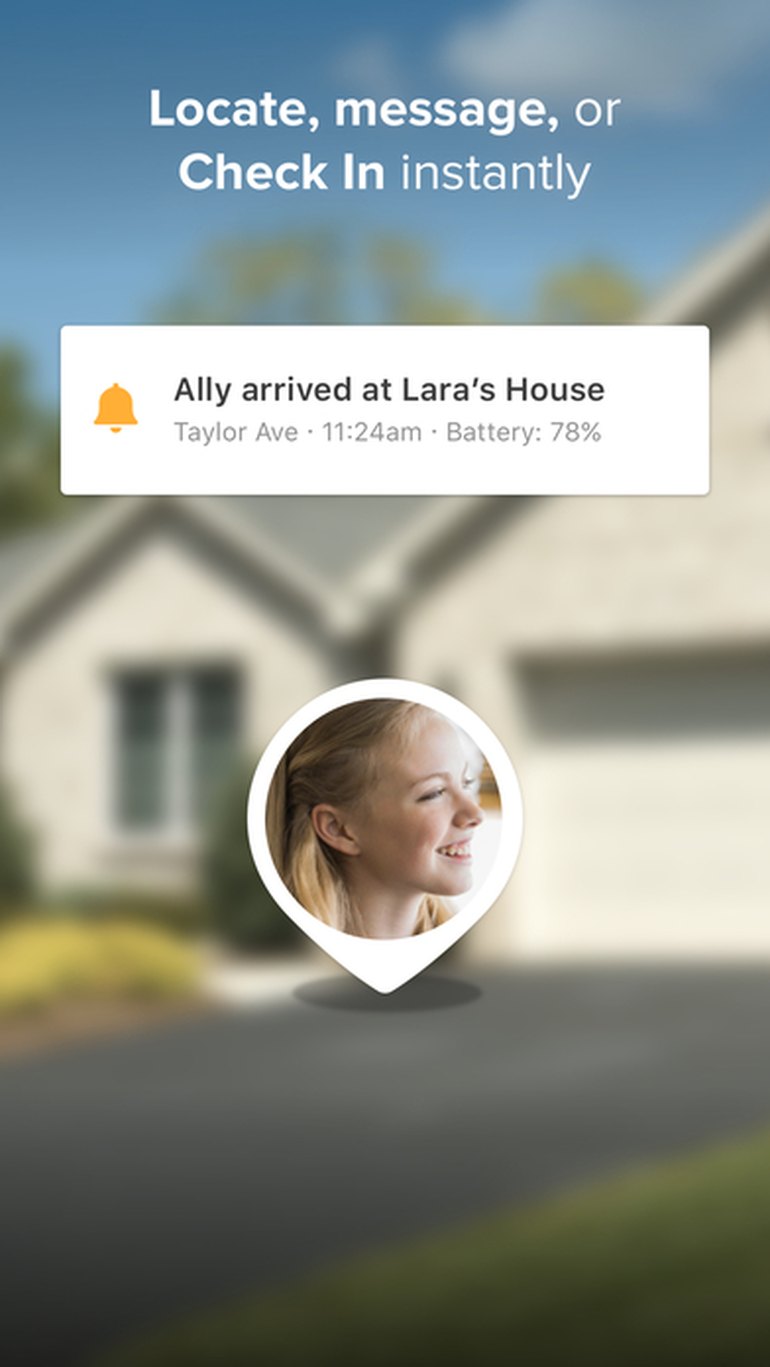 This free app is available in Android and iOS versions, but specific features vary according to platform. The iPhone version has a secure FamilyChannel that lets you chat with everyone in the family simultaneously. The Android edition lets you receive alerts when kids have reached specific destinations, such as a neighbor's house or their school (though probably not on Trick-or-Treat Nght).

6 Fun Apps to Teach Your Kids Crafts and Hobbies