How to Copy XBox Games Without a Mod Chip 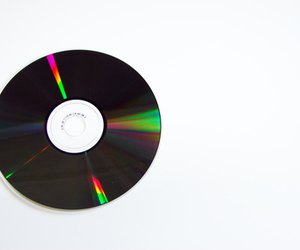 Xbox 360 games are made on dual-layered DVDs.

Xbox 360 consoles are made by Microsoft and use game discs that are dual-layered DVDs containing up to 8.5GB each. A dual-layered DVD is a DVD disc that has a higher capacity (8.5GB) than normal DVD discs (4.7GB) because of an extra layer of writable space. You may want to copy your Xbox 360 DVD games if you want to have a backup copy in case your originals get scratched or stolen. Older consoles would require users to install a "mod chip" on their motherboards to copy games in order to circumvent copyright protection. You do not need a "mod chip" to copy Xbox 360 games with your computer if you own a legitimate original copy of the game disc. You can use a free program to create an .ISO disc image of the game and then burn it to a dual-layered DVD (DVD+DL).

Open your web browser and download an ISO copy/burn application. Install the program and restart your computer.

Eject the disc tray and remove the original Xbox 360 game. Place a blank DVD+DL disc in the tray and close it. Click "Burn ISO to Disc" in the program and provide a title for the disc being burned, select the ISO file you want to burn from your computer, and choose a disc burning speed (select 1x, 2x, or 4x or avoid high-speed hardware errors). A disc burning speed is the number of thousands revolutions per second that the disc makes when being burned inside the DVD drive. A DVD burned at 1x will make 1000 revolutions per second inside the drive. Burning your DVDs at a slower speed like 1x, 2x, or 4x rather than a higher speed (8x or 12x) will prevent the likelihood of a damaging hardware error if the drive is spinning faster than it can actually record data. Click "OK" and the program will beging recording the ISO file to a DVD+DL disc. The DVD will be ready for use once the disc burning process finishes.

How to Extract an ISO File From an XBox 360 Disc

How to Copy a GameCube CD

How to Install Games on a Mac

Around The Home
Productivity
By: Katelyn Kelley

How to Make Sims 2 Run Faster

Around The Home
Productivity
By: Charles Thompson

How to Make an ISO From a PS2 Game Disc

Around The Home
Productivity
By: Joshua Benjamin