Which Streaming Device Is Family Friendliest?

As a parent, you may be wishing they'd bring back the Hays Code, the set of rules for acceptable plots and appropriate behavior in films that governed the U.S. movie industry for about 40 years. Now anything goes and you're left to do the best you can to shield your children. One solution is to cut the cable cord—where you're paying for a lot of content you don't want—and jump to streaming devices, where you pay only for content you do want. But not all streaming devices are created equal. Judging them through parental eyes, we list the four best ones, from top to bottom. 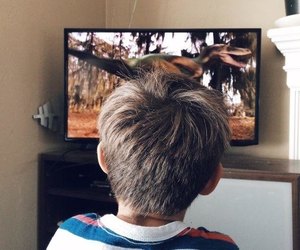 Roku is a great choice for families. First, Roku products work well, whether you get the top-of-the-line Roku 4 ($130), which offers 4K video streaming, or whether you're a family on a budget and go with the Roku Streaming Stick, which has fewer features but is reasonably priced at $50. 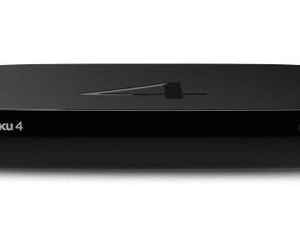 Second, the available content includes something for everyone in your family. Roku boasts more than 3,000 channels, an impressive number of which are children's channels. Altogether, the Roku delivers over 300,000 movies and TV episodes. Naturally, Roku gives you access to all the major streaming services, too, including Amazon Prime Video, Netflix, and Hulu Plus.

Another standout feature is "private listening" which allows you to plug headphones into the Roku remote on the Roku 3 and Roku 4 models. This is definitely a family-friendly feature. If your significant other comes home from an exhausting day at work in need of sweet silence, you can watch the latest Avengers movie, with its overwrought musical score, without adding to your spouse's headache. Similarly, a child can watch a movie without disturbing either of you. The less expensive Roku Streaming Stick recently added this same private listening feature, which works with a smartphone or tablet rather than with the remote.

Another noteworthy feature on the Roku Streaming Stick is the recently added Hotel and Dorm connect, which enables you to connect to your Roku channels when you're on the go—say, for a family vacation. It offers a great way to control what your children watch even when they're not at home.

If your family loves Apple products, Apple TV may very well edge out Roku as the top pick. Apple TV builds and expands your Apple universe, working with the Apple products you already own. The advantage for current Apple users becomes evident at setup. All you have to do is hold your iPhone by your Apple TV, and it will pull all the information it needs to get started. 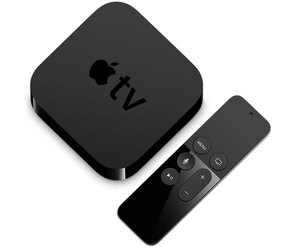 Apple TV gets high marks for its Family Sharing feature, which gives you access to everything every member of your family has downloaded, from books to TV shows to music. You can also share family photos and videos via AirPlay on your TV.

Another plus is the introduction of Siri voice control. The Siri Remote simplifies searches for child-friendly content, like "Find great apps for kids" or "Show me funny TV shows for kids under 12." And you've probably seen the commercials where viewers tell Siri to "rewind 15 seconds." This is a very mommy-and-daddy-friendly feature, as it's easy to imagine your kids running into the room and making noise while you're trying to watch a movie. Rewinding to the point where you were distracted has never been easier.

The App Store also provides educational apps, like Endless Learning Academy, Solar Walk 2—Space Journey Through Time and Planets of the Solar System, and BrainPop. You'll also find travel apps for your family trips, like Airbnb and TripAdvisor. So you can plan your trips on the big screen, with the whole family joining in on the experience.

The Apple TV now exceeds Roku and Amazon's Fire TV in number of apps and games. Apple says it has more than 5,000 of them. Unfortunately, Apple TV doesn't support competitors like Amazon Prime Video and Google Play Movies. (In fairness, Amazon's Fire TV doesn't support iTunes either.) But if you don't like corporate infighting in your living room, that may be a factor in your buying decision.

Content controls on Apple TV resemble those on Roku. A four-digit passcode is required, and you can restrict purchases so that your children don't accidentally (or intentionally) order videos. Apple TV conveniently permits you to restrict the purchase and playback of apps based on their age ratings, and to enforce Ask to Buy requirements on your children's accounts.

Like Roku, Apple TV lets you connect a headphone for private listening. But in this case, you don't plug a cable directly into the remote; you listen wirelessly over Bluetooth. Your family's iPhones will also act as additional remotes and game controllers.

Amazon sells its Fire TV both as a set-top box ($100) and as a streaming stick ($40). Fire TV receives strong reviews for overall performance, and its newest set-top box has earned especially effusive praise for its processing power, smooth playback, and ability to deliver 4K quality (though you'll have to connect the box to your TV via an HDMI port to get it.) 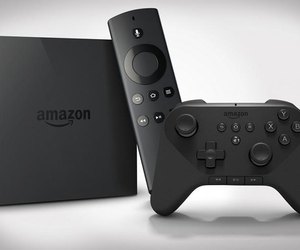 Perhaps in an effort to compete with Apple TV, Fire TV incorporates Alexa, the powerful voice assistant from the Amazon Echo. When you speak into the remote's microphone and identify a title, an actor's name, or a genre, Fire TV will deliver search results for that subject.

Fire TV touts its strong game offerings. Depending on whether you have a positive or negative attitude toward your children playing video games, this feature could be a plus or a minus. But the Fire TV certainly has a wide selection of them. It even offers an optional game controller for $50. But you can play many games by using the remote as a controller.

The downside of Fire TV is that it won't work without an Amazon account. You do have access to Hulu, Netflix, and other streaming services, but Fire TV pushes Amazon Prime content hard, both for music and for video—and this narrows your content choices. Even using the remote reportedly tends to limit search results to Amazon Prime entertainment.

Like Roku and Apple TV, Fire TV uses a PIN for access, and you can restrict purchases and the ability to view films and videos based on their ratings category. Fire TV also allows you to block access to entire categories, such as games, apps, and music.

From a parent's perspective Chromecast is probably the least family friendly of the major streaming devices. First, there are no parental controls. Second, what it does very well—which is to cast Internet platforms like YouTube to your television screen—is the worst sort of content for your kids. The last thing you want is to come home and find your children in front of the TV watching the bowels of the Internet. 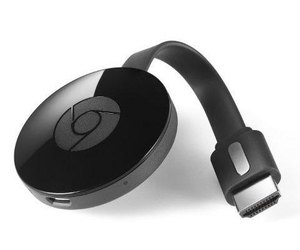 Also, you're limited in terms of content. Chromecast doesn't officially support Amazon Prime Video or iTunes, so you're dealing with the corporate jockeying again. There are workarounds, but the quality of the video will undoubtedly suffer. And the number of devices that must be involved in the process won't make it easy for your kids to use.

Some potentially embarrassing social blunders that you can make while using Google Chromecast are laid out here. It might be best to avoid these potential family faux pas.

The good news is that Chromecast is working to improve its family-friendly offerings. It recently beefed up its recently introduced YouTube Kids, which now streams through Chromecast and has tighter parental controls.

How to Fix a New Apple TV With Slow Streaming

Cutting the Cord: Replace Cable TV With the Internet

Around The Home
Entertainment
By: Jason Cipriani

How to Use Your Android Phone as a TV Remote

Your Roku Can Now Be Controlled With Your Amazon Echo

How to Watch Football Games on an iPhone