If you've paid attention to mobile phone ads in the past few years, you've surely come across the term "unlocked phone" from time to time. Get used to it: The term is going to get very popular. 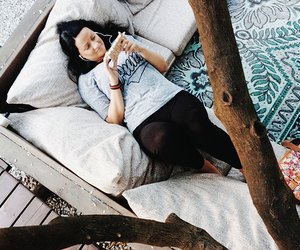 Most of the fancy-sounding handsets released in the past decade have been tied directly or indirectly to a wireless carrier. Only in recent years could you pick your phone before selecting a carrier to support it. Remember all of those Droid commercials from 2009–2011?

Every one of them was exclusive to Verizon. The same thing arrangement prevails with just about any handset advertised by a carrier.

Things started to change when Samsung decided to make its Galaxy S3 available at multiple carriers. Prior to that, a company might release the same basic model with slight variations across different networks.

Today, there's only one iPhone 7 (for example), and you can get it at almost any wireless carrier. Not only does this simplified approach cut down on confusion, but it also puts the burden on the service providers to make their service offerings the differentiating factor in the competition for your business. You want the phone you want—let AT&T and T-Mobile compete on price and service quality.

But you have more options than you may realize. Instead of going through a service provider to pick out a phone, you can go to Target or Walmart and buy a phone that works with multiple carriers and doesn't commit you to a particular service contract at the outset. That's the central appeal of an "unlocked" phone.

Many flagship smartphones that we see sold through carriers are also available to consumers directly. For instance, instead of buying a Samsung Galaxy S as part of a contract deal from one of the big four carriers, you can buy the phone outright and then decide on the network you want to use. By going this route, you avoid lengthy contracts, which in turn frees you to switch without penalty from one service to another that offers a better rate.

In short, an unlocked phone isn't tied to a service provider or a rate plan. Buying one is sort of like buying a television and then deciding which cable or satellite provider you'd like to hook up. It's as simple as picking a rate plan and putting a SIM card into your phone.

Want to cancel your service? Want to switch to another company because of a promotional rate plan? Got a new job that puts you in areas where coverage on your network is mediocre and unreliable? Owning an unlocked phone empowers you to leave at a moment's notice, without breaking any long-term agreement.

Perhaps you expect to travel overseas or leave the country for a few weeks. You can take your unlocked phone device abroad without having to contact the carrier ahead of time. All you have to do is remove your current SIM card and replace it with a local carrier's SIM for phone and data when you reach your destination. In fact, many unlocked phones now offer dual-SIM slots so you don't have to worry about losing those tiny cards when you swap them out. This is also a great option for users who want to keep separate personal and work phone numbers. 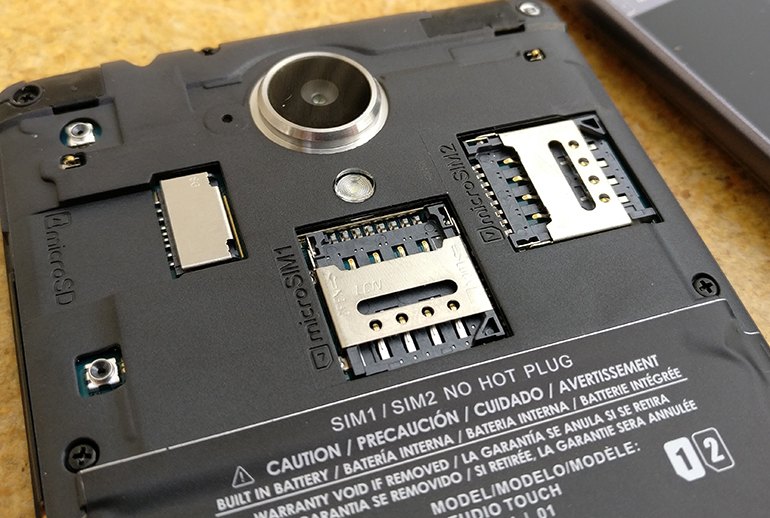 You also get a much broader selection of models to choose from when you shop for an unlocked device. You'll find offerings not only from Motorola, LG, Samsung, and HTC, but also from a host of hungry, bargain-priced competitors that get the job done just as well as the more widely known brands.

Often, the Android smartphones that a carrier sells are packed with branded apps and services—aka "bloatware"—that you don't want or need. Unblocked phones don't have that problem.

And finally, unlocked phones are getting increasingly affordable. You'll have a hard time justifying spending more than $400 to $500 for an unlocked handset. Sure, an unlocked Galaxy Note 7 might set you back $850—but look at what you can get for less than half that price. I don't know about you, but I can make do with the specs that a OnePlus 3 offers, plus the extra $400 or $450 in my pocket.

Sellers offer unlocked phones in two basic forms: GSM compatible and universally compatible. In the US, two major carriers (AT&T and T-Mobile) rely on GSM. A number of other brands, including Cricket (AT&T) and MetroPCS (T-Mobile), operate on those same towers and networks; these are called Mobile Virtual Network Operators (MVNO). If you plan to go with one of these carriers for service, a GSM-compatible phone will suffice.

Verizon and Sprint, on the other hand, use CDMA technology for phone coverage, as do such prepaid and MVNO brands as Boost Mobile and Virgin Mobile. A GSM-compatible phone won't work on these services, so you'll need to look for a universally compatible device.

Outside the US, much of the world relies on GSM. So if you plan to travel, you'll be good with a GSM-compatible phone for usage overseas. But a universally unlocked phone works on both GSM and CDMA networks, meaning that you'll enjoy even more carrier selection and coverage in the US and elsewhere.

A universally compatible model lets you go from any service provider in the US to any other one, and even abroad, too. And if you're worried that such phones might be expensive, take a look at Motorola's Moto G4 Play. Priced at only $150, it can work with any US network, including 3G, HSPA, and 4G LTE. It's also the sort of phone that works well for all members of the family.

Since 2010,Google has sold its own branded take on the unlocked smartphone. Designed by companies such as HTC, LG, Samsung, and Huawei, these Nexus models are generally sold direct to consumers.

In the past, a Google Nexus S or Nexus 4 might have been sold through a particular carrier, but recent models are sold exclusively through Google and online retailers such as Amazon, B&H Photo Video, and Best Buy.

Chances are nearly every phone maker you've ever heard of includes unlocked phones in their portfolios. Although some bigger companies are still slowly shaking to life with the notion, others have been doing it since day one. Head to the website of a top-tier phone maker, and you'll find that you can buy various unlocked models.

In the US, a few brands are becoming especially aggressive about selling unlocked phones. Lenovo and Sony, for instance, have been selling such phones for years, but only now are they making these offerings obvious to consumers. Other companies, such as Huawei and ZTE, are very popular overseas and have only recently started to crack the US market. Rounding things out are brands like Alcatel, Verykool, Freetel, Kyocera, Blu, OnePlus, Xiaomi, and LeEco. 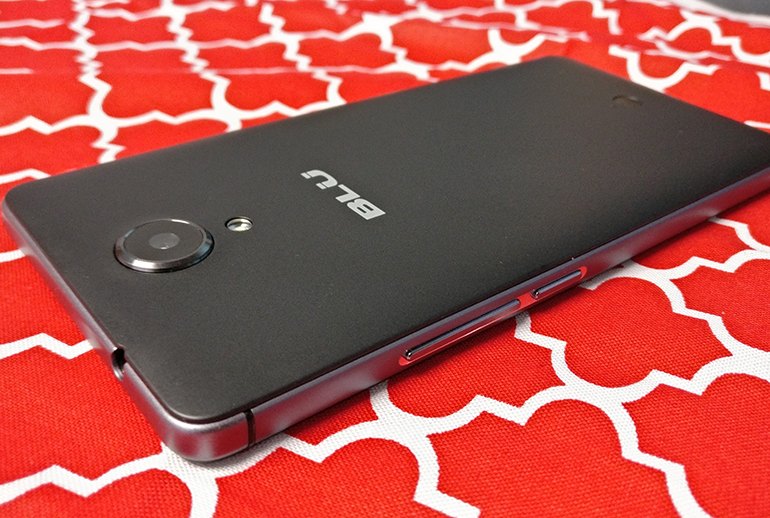 Where Can I Buy an Unlocked Phone?

In addition to Amazon, B&H Photo Video, and Best Buy, you'll find unlocked phones at Newegg and other online retailers—and you may find them at your local Target, Walmart, or Best Buy Mobile. You can shop at places like Gearbest, Geekbuying, or Tomtop for unlocked phones from less familiar makers.

What Else Should I Know?

As great as unlocked phones are, they do raise occasional concerns. Most notably, since network coverage is the key factor in your mobile experience, you'll want to ensure that your potential new handset works well on your prospective carrier(s).

Among the more common network bands for unlocked phones are 800, 850, and 1900 MHz. Others, though, offer support for many other networks or bands. Before purchasing an unlocked phone, check with your carrier of choice to make sure that its offerings and your phone's band capabilities line up.

If you shop for an unlocked phone at a retail store, the store may indicate which phones can be paired with which networks. You may also be able to get the info you need from a press release for a particular model.

If you prefer phones that are on the cutting edge of software, you'll have to do some homework. One area where unlocked phones could improve involves the version of Android they run. Some unlocked models run the most popular or latest release, but others are sometimes a step behind.

Unfortunately, many of the smaller brands don't do much to keep their offerings up to date with software after you buy them. It's a trade-off of sorts: Instead of dropping $700 on a phone that receives timely updates, you can opt for three $200 phones over the same period.

Buying direct from the manufacturer may entail having different service and warranty terms, too. If you don't buy the handset through a carrier, you won't get the accidental damage protection that it might offer. Also worth considering is whether you'll have to ship your phone overseas for repair or replacement if something goes wrong with it.

But don't let concerns about warranty or protection plans scare you off. Many unlocked phones offer the industry-standard one-year warranty covering parts and labor. Some brands even exceed those terms. Go through HTC for your model, and you even get the Uh-Oh Protection Plan, which covers water damage and cracked screens. US-based Nuu Mobile gives its customers a two-year warranty on its smartphones. 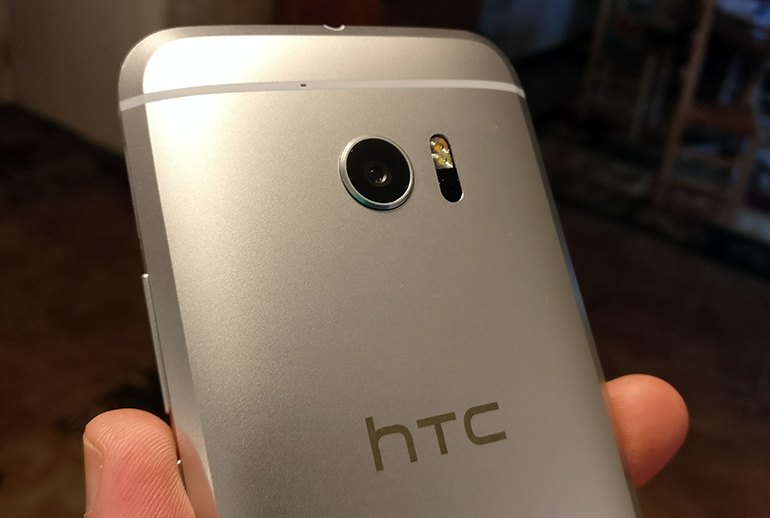 One other thing worth noting is that you'll generally have to pay for your phone all at once. Some companies, like Motorola, offer financing or payment plans to spread out the cost, but more often you're looking at a lump-sum purchase. Keep this in mind when you consider buying a $400 phone: Go unlocked and direct, and you'll pay for it all at one time; opt to buy through your carrier, and it will let you spread the cost out with equipment installment plans.

The Joy of Saving Money

As the smartphone arms race levels off, many people find that today's midrange phones are more than adequate for their purposes. Hardware specifications have outpaced consumer needs to the point where it no longer makes sense (if it ever did) to consider upgrading your smartphone annually.

A $150 to $200 unlocked phone is all that many basic user need. The polished, premium materials used in some of the flagship models have undeniable appeal. But opting for one of them is sort of like buying a luxury car when all you need is an affordable sedan to get to and from work.

What Phones Can Transfer to MetroPCS?

How to Flash a U.S. Cellular to Cricket