Can You See Messages From Blocked Numbers? 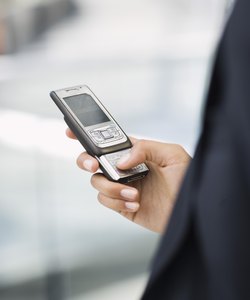 With smartphones becoming more popular, you have more options regarding how you block messages. The How-To Geek details applications for both Android and iPhones that allow you to block messages, although with the iPhone you must first jailbreak it to do so. These apps add a layer of security to messages and allow you to change your blocked numbers manually whenever you need to do so, without dealing with limitations of your cellular provider.

T-Mobile offers no method for blocking specific numbers, but it offers a filter for stopping email-based text messages. Sprint offers a method to block not only incoming calls, but also outgoing calls to specific numbers. AT&T and Verizon both offer methods for blocking messages from your both by phone number and email. Contact your phone provider to discuss your call-blocking options.

Carriers have different limitations for blocked numbers. For instance, Verizon allows you to block only up to five numbers at a time and blocked numbers expire three months after the date of first blocking. You cannot block emergency numbers or system numbers. Verizon also prohibits blocking numbers that don't contain 10 digits. The person calling from the blocked number is alerted that he is blocked; it is not a secret.

You do not receive any voice messages from a blocked phone number. Users with a blocked phone number are not directed to your voice mail but are blocked entirely -- they do not gain access to leave any message on your phone, voice or otherwise. If you do get a voice mail from a number previous blocked, check with your phone provider to check that the number is still blocked.

How to Tell If Someone Blocked Your Cell Phone Number

How to Stop SMS Texting to My iPhone

Around The Home
Entertainment
By: Elizabeth Davis

How to Know If My Phone Number Is Blocked

How to Get Around Blocked Texting

Around The Home
Entertainment
By: Leanne Canirs

How Do I See My Blocked Contacts on iPhone?

Around The Home
Entertainment
By: Alex Zang

How to Email a Metro PCS Phone

Around The Home
Entertainment
By: Joshua Benjamin