A PRN file is a file that contains a saved digital representation of data that is sent to a computer printer. Exactly what the files look like and the types of information they contain varies from printer to printer, so PRN files aren't always the best for sharing data between people and devices. PDF files, on the other hand, are built for sharing information in a way that it looks the same between devices and printers. You can convert a PRN to PDF file or use a tool that lets you create a PDF instead of a PRN. 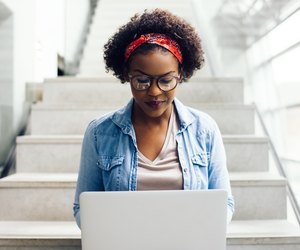 A PRN file is a file that includes the raw data that is sent to a printer in order to print another file, such as a Microsoft Word document, Excel spreadsheet, a web page or an image. Many modern operating systems, including Apple macOS and Microsoft Windows, let you print a document to a PRN file by using a "print to file" option in a program's print menu.

Once you have a PRN file, you can usually send it to the computer's printer using the command line or a graphical tool. That lets you use a PRN file to store a printable representation of a file and then print it later.

The downside of PRN files is that it can be confusing how to open them, and their formats can vary from printer to printer. That means that sending someone a PRN file may not be as useful as sending more common formats, such as Microsoft Word files or PDF files, that are easier to open and work with using common software.

PDF stands for portable document format, and it's a common file format initially developed by Adobe. Windows, macOS and the mobile operating systems iOS and Android all ship with programs that can open and print PDF files, and the files are designed to look and print more or less the same from system to system and program to program. Windows and macOS also let you generate PDF files from most common programs, including popular web browsers as well as office and graphics software.

You can also create a PDF online using various web-based apps, saving it to your computer to access locally or share with others.

Modern web browsers can also open and print PDF files, which makes them a good format to share documents between devices and people, since you are more or less guaranteed that someone you send a PDF to will be able to open it and see it on screen or paper the way you intend.

If you have a PRN file, you may want to convert it to a PDF file. You can find tools online to create a PDF file from a PRN, but make sure to use an app you trust with whatever information is in the PRN file, since unscrupulous developers could potentially access the contents of the file.

You can also use various desktop and laptop programs that can do the transformation, including the graphics program CorelDRAW. If you open the PRN file with such a program, you can use its "Save" or "Print" menu to save or print the file as a PDF. Check to make sure the PDF looks as you expect.

Another option, if you have the original file that was printed to generate the PRN file, is to use whatever program opens that file to generate a PDF. For example, if you generated the PDF from Microsoft Word, you can use Word's print menu to print the file to PDF instead of PRN.

How to Create a PDF From a Word Pad File

How to Save a Print Preview as a PDF

Around The Home
Productivity
By: Sal Griffin

How to Take a Screenshot in Adobe Reader

How to Convert TIF Files to PDF Files

Around The Home
Productivity
By: Amber Webb

How to Save a Print Screen As a JPG

Around The Home
Productivity
By: Megan Robb

How to Open XPS Files

Around The Home
Productivity
By: Nina Rotz